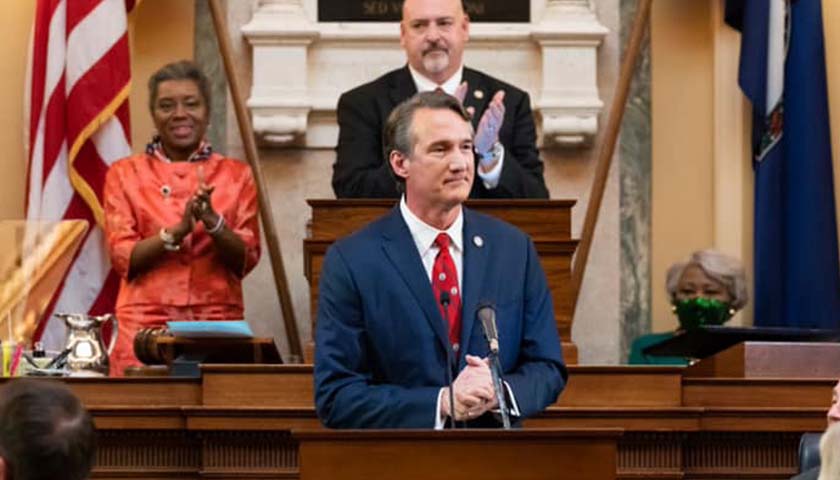 The Virginia State Senate has approved Governor Glenn Youngkin’s amendments to the recently passed school mask-optional bill. The amendments, which an aide said Youngkin sent to the Senate on Monday evening, include clauses making the bill take effect on March 1.

“As you can probably tell from my remarks, I would like this to take effect yesterday, but that’s not going to happen. And I do believe that we’re going to need a transition time for some of our Northern Virginia school districts and probably elsewhere in the state,” co-sponsor Senator Chap Petersen (D-Fairfax City) said on the Senate floor on Tuesday evening.

SB 739 also includes permanent requirements of full-time, in-person learning, to cover a gap that would be caused when 2021 SB 1303 sunsets later this year.

Youngkin included four amendments, two of which added an emergency clause allowing it to take effect before July. The third set the effective date for the mask clause in March, and the remaining amendment clarifies that the bill doesn’t override the governor’s emergency powers to respond to public health emergencies. The three amendments affecting the effective date of the bill passed the Senate 21-19, with Democratic Senators Petersen, Lynwood Lewis (D-Accomack), and Joe Morrissey (D-Richmond) joining Republicans. The other amendment passed 39-0.

Opposition to the Senate has come partly over concerns that this will limit schools’ ability to respond to future health crises. Petersen said he would have been willing to support a sunset clause, but the governor declined to add that amendment.

The House of Delegates is expected to approve the amendments to the bill this week, which will place the bill in effect.

Eric Burk is a reporter at The Virginia Star and The Star News Digital Network.  Email tips to [email protected].
Photo “Glenn Youngkin” by Glenn Youngkin.