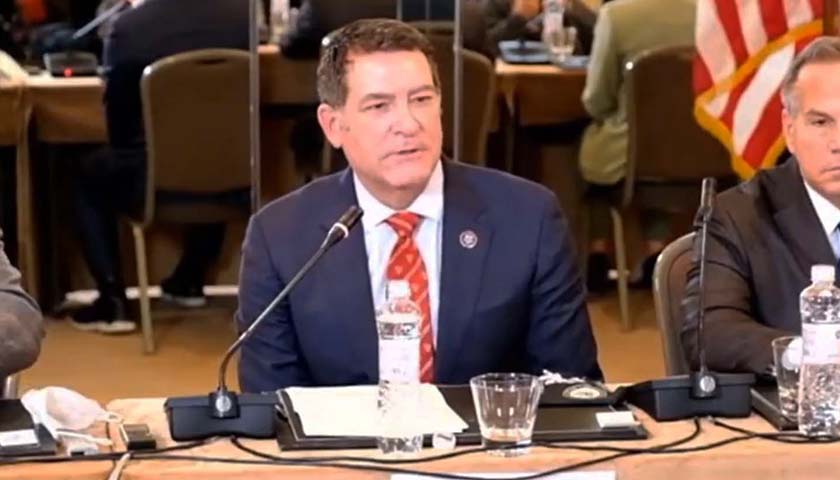 Congressman Mark Green, who traveled to Ukraine with other members of Congress, urged a diplomatic resolution to the Russia-Ukraine conflict that included Russia threatening an invasion.

While speaking at a meeting in Kyiv, the Tennessee lawmaker issued a stark warning to Russian President Vladimir Putin, if he opts to engage in military action.

“You’ve united NATO. You’ve united the European Union and many people across the globe. And, you’ve united the United States Congress. Republicans and Democrats are here in a bipartisan fashion to show solidarity. This bipartisan trip should be proof enough that Republicans and Democrats agree that a nation’s boundaries should never be addressed or changed by war. If we allow this to go unanswered, every disputed boundary on this planet will be a war zone,” Green warned of the conflict.

My remarks at today's press conference in Kyiv, Ukraine with my @HouseForeign colleagues: pic.twitter.com/CGGCR5eCay

Furthermore, in his threat to Putin, Green detailed the U.S. and other countries will enact harsh, crippling sanctions.

“If Mr. Putin continues discussing diplomacy with us—the United States, NATO, our European allies, the people of Ukraine, the leadership of Ukraine—we have made it clear that we prefer a diplomatic solution to this problem. But, if Mr. Putin chooses hybrid aggression or war, the sanctions will be swift, they will cripple his economy. Make no mistake: his people will suffer because of his decisions. The aggressor here is the man lining up the tanks, not the nations who are preparing their banks. To the people of Ukraine, the United States has made it clear: we support your sovereignty, your territorial integrity, your freedom, and your partnership,” he continued.

He went on to claim the U.S. will help Ukraine in any way possible, short of placing American troops on the group.

Green is a staunch critic of the Russian leader. Last year, the legislator introduced a bill to sanction Russia for invading the Donbas Region of Ukraine.