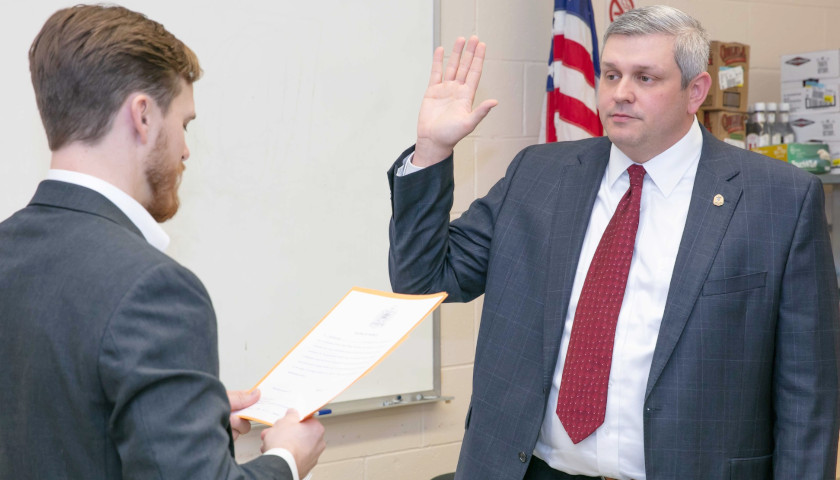 The Tennessee Department of Commerce and Insurance (TDCI) announced this week the appointment of law enforcement veteran William “Chip” Kain to serve in a dual role as the new executive director of the Tennessee Law Enforcement Training Academy (TLETA) and as the new executive secretary of the Peace Officers Standards and Training Commission (POST).

“For over 50 years, TLETA has provided training that has been critical to the success of thousands of Tennessee law enforcement officers and the millions of Tennesseans they serve and protect,” said TDCI Commissioner Carter Lawrence. “Through an extensive nationwide search, Chip distinguished himself from the many qualified candidates with his experience, expertise, and customer-focused vision. I am confident that he will help lead TLETA into another 50 successful years because of his passion for training law enforcement officers and his proven commitment to serving Tennessee.”

Kain served with the Tennessee Board of Regents since 2019, where he started as the Roane State Community College director of public safety/chief of police until his promotion in 2021 to the position of assistant vice chancellor for campus safety and security for the college system.

“The discipline and lessons I learned as an officer in training at TLETA provided a solid foundation to grow into a leader in this field. Knowing the important role of TLETA in my professional life, I am humbled by the responsibility of leading this institution,” Kain said. “We will focus on customer service and providing law enforcement leaders with the training and support they need to deliver the highest quality law enforcement officers to the citizens of our state. I wish to thank Commissioner Lawrence and TDCI Chief of Staff Jennifer Peck for the opportunity to serve in this position, as well as my wife and family for their support.”

Morgan Nicole Veysey is a reporter for The Tennessee Star and The Star News Network. Follow her on Twitter. Email tips to [email protected]
Photo “William Kain Swearing-In Ceremony” by Tennessee Department of Commerce & Insurance.