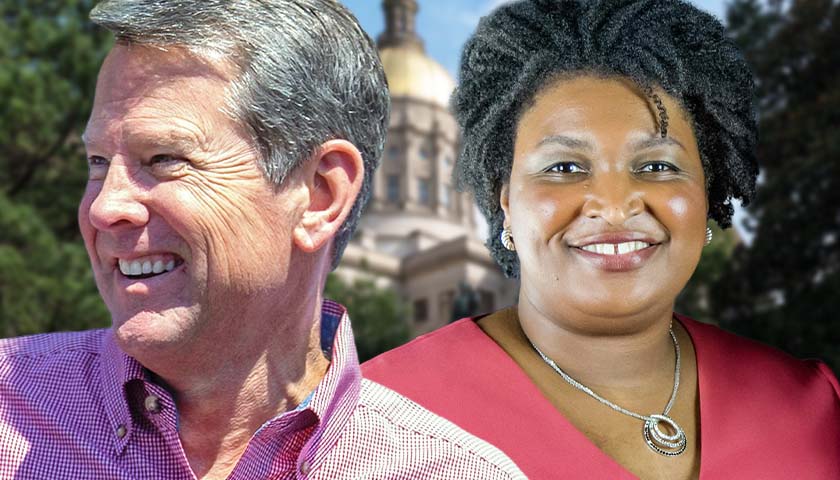 A new poll conducted by Quinnipiac University demonstrates close competitions in both the Georgia gubernatorial and U.S. Senate races.

Based on the poll, the GOP primary frontrunners have a slim lead over Democrats in multiple hypothetical matchups ahead of the November 2022 midterms.

In the race for governor, Governor Brian Kemp is leading GOP primary challenger David Perdue. According to the survey, Kemp has retained 43 percent of the support, compared to Perdue’s 36 percent. Candidates Vernon Jones and Kandiss Taylor are distantly behind the two frontrunners. They gained 10 percent and 4 percent, respectively.

In a hypothetical match against Democrat Stacey Abrams, both Republicans are positioned for a close contest, but Kemp has a distinct advantage. Kemp tops Abrams 49 percent to 47 percent. However, Perdue and Abrams are tied at 48 points.

“With former Senator Perdue and current Governor Kemp doing verbal battle, Stacey Abrams, so close in 2018, is running neck and neck with both potential opponents, positioning herself once again to possibly become Georgia’s first African American governor,” he said.

In the race for U.S. Senate, Herschel Walker has continued to dominate the field. Former President Trump, in additional to more than a dozen federal lawmakers, have endorsed the former University of Georgia running back.

Furthermore, Walker is in an excellent position to take on Democrat Senator Raphael Warnock. He claims a 49 percent to 48 percent lead over Warnock.