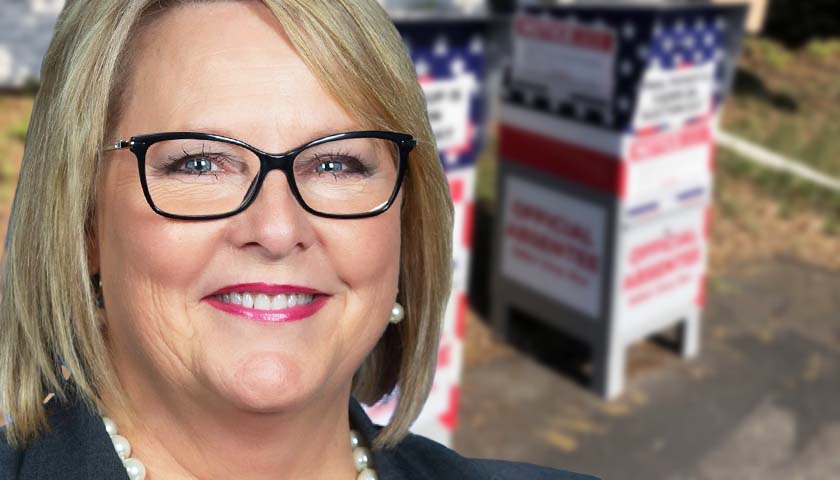 “A free, fair and trustworthy election is fundamental to a healthy democracy,” Ward told members of the Senate panel. “My legislation would increase transparency and accountability to our elections to help restore faith in our electoral process.”

In addition to allowing more observers, Ward’s reform would ensure that they “have a clear line of sight to view and hear the proceedings at a distance of six feet or less [without] imped[ing] the ability of the person canvassing ballots from carrying out the person’s duties.” After ballots were canvassed in Philadelphia in 2020, President Donald Trump’s campaign attested to watchers being denied the ability to view the process up close. Trump unsuccessfully litigated against the official Pennsylvania election results on these and other grounds.

Another component of the Senate legislation would elucidate that only ballots received by 8 p.m. on the day of a primary or general election may be counted, excepting military-overseas ballots which have an additional seven days to reach county election offices. In September 2020, the Pennsylvania Supreme Court controversially ruled that election boards must canvass ballots received up to three days after that year’s Election Day.

“We’ve never given permission to the courts and unfortunately now it’s becoming case law,” Sen. Cris Dush (R-Wellsboro) said, urging support for Ward’s measure. “We need to make it clear, unfortunately, that the date and time is set and it has to be enforced.”

Dush is currently heading an investigation of the 2020 and 2021 elections in his capacity as chair of the Senate Intergovernmental Operations Committee.

Some members of the State Government Committee expressed unease with what they saw as an overcomplicated signature-curing provision, the third major element of Ward’s bill. Should canvassers believe a signature on an absentee-ballot envelope doesn’t match a voter’s earlier signature, the county would be required to contact the voter who would need to submit a signature either electronically or in hard copy within six days. The elector must affirm he or she is the same person who submitted the ballot and must provide proof of identification.

“While I certainly understand the intent of the maker of the bill to try to improve our election system, I have great reservations around the signature-invalidation procedures and therefore some unreadiness at this point,” Minority Chair Sharif Street (D-Philadelphia) said.

State Sen. Daniel Laughlin (R-Erie) echoed Street’s sentiment regarding signatures but said he would support advancing Ward’s bill out of committee and work with her on amending the measure as the full Senate considers it.

“My signature doesn’t match from day to day, let alone from cup of coffee to cup of coffee,” Laughlin said. “And I think that there needs to be some work done on this bill within that space—that could be perhaps a digital ID that people put on their application when they fill out an application for a mail-in ballot. It could be the last two digits of their driver’s license or something like that that could be verified without having to go to all this trouble in putting the voter through all this.”