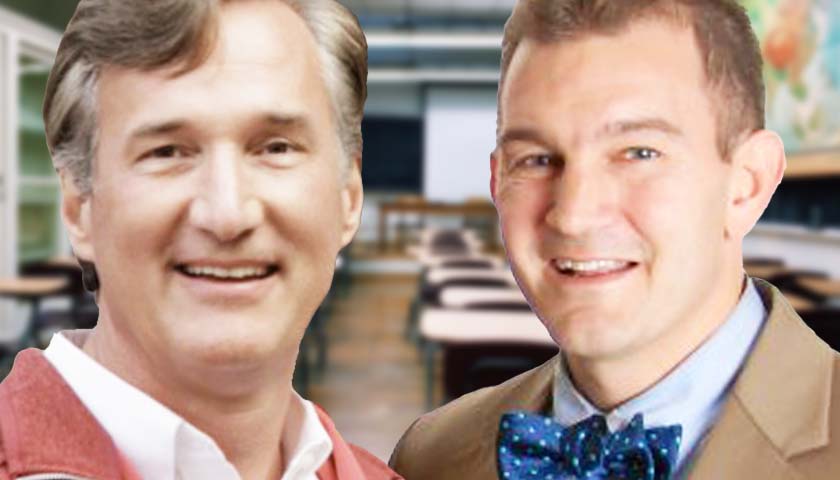 “At issue is whether locally-elected school boards have the exclusive authority and responsibility conferred upon them by Article VIII, Section 7 of the Constitution of Virginia over supervision of the public schools in their respective communities, or whether an executive order can unilaterally override that constitutional authority. Also at issue is whether a governor can, through executive order, without legislative action by the Virginia General Assembly, reverse a lawfully-adopted statute,” Fairfax County Public Schools (FCPS) said in a Monday press release.

Youngkin spokesperson Macaulay Porter said in a statement, “We are disappointed that these school boards are ignoring parent’s rights. The governor and attorney general are in coordination and are committed to aggressively defending parents’ fundamental right to make decisions with regard to their child’s upbringing, education and care, as the legal process plays out.”

The school boards from Alexandria City, Arlington County, City of Richmond, Falls Church City, Hampton City and Prince William County are also participating in the lawsuit, filed in the Arlington County Circuit Court. On Monday, EO Two took effect, with a patchwork of compliance across Virginia – some schools are allowing parents to opt their children out of masks, while others are waiting for more legal clarity.

“Without today’s action, school boards are placed in a legally untenable position – faced with an executive order that is in conflict with the constitution and state law. Today’s action is not politically motivated. These seven school divisions would welcome the opportunity to collaborate with the governor to ensure the safety and welfare of all students,” FCPS said.

A group of Chesapeake parents has filed a separate lawsuit directly with the Supreme Court of Virginia; Attorney General Jason Miyares has asked the court to dismiss the case.

The Office of the Attorney General said in a statement, “An unfortunate side effect of the COVID-19 emergency has been the irreversible harm to our children’s mental health and experience in the classroom. The Attorney General stands by the Governor’s executive order. The General Assembly has given him the power to take appropriate steps to confront this emergency and his determination that parents should make decisions regarding the health, well-being and safety of their children was an appropriate use of that power. As we wait for the Supreme Court’s guidance, the Attorney General’s office urges parents to listen to their principals. We have faith in the legal process and will not be commenting further on the pending litigation at this time.”

Senator Petersen: Find Off Ramp for Mask Mandates or General Assembly Will Get Involved

Senator Chap Petersen (D-Fairfax City) warned Monday that although he doesn’t support Youngkin’s mandate by executive order, schools need to end mask mandates soon — or he’ll work to change Virginia law. The Senate is controlled by Democrats, but if Republicans can get a bill out of committee, they only need one Democratic vote to create a tie that Lieutenant Governor Winsome Earle-Sears can break.

Petersen said in a statement:

“1. While I am sympathetic to the Governor’s position giving power to parents, an Executive Order cannot overrule state law giving authority to school boards. This has been my consistent position.
2. Having said that, our School Board must define an ‘off ramp’ for mandatory masking. That means plainly stated metrics as well as a final deadline (e.g. Valentine’s Day). They should announce that immediately.
3. The forced masking policy is going to end very soon, i.e. in a few weeks. Otherwise, the General Assembly will again step in. It is not an acceptable long-term solution.”