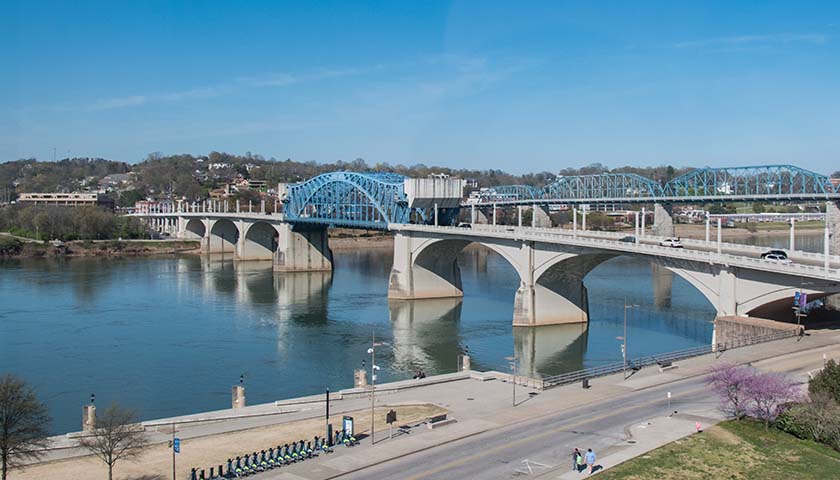 Tennessee is set to receive over $300 million for bridge improvements and repairs, the U.S. Department of Transportation (DOT) announced Friday. The allocation of taxpayer funding is a part of a $27 billion initiative dubbed the Bridge Replacement, Rehabilitation, Preservation, Protection, and Construction Program (Bridge Formula Program) – which, in turn, is part of the $2 trillion infrastructure package passed by Congress and signed by President Biden in mid-November 2021.

The DOT said Tennessee has 881 bridges and over 270 miles of highway in poor condition. According to the DOT, the Bipartisan Infrastructure Law for Tennessee said “the American Society of Civil Engineers gave Tennessee a C on its infrastructure report card.” In all, the Volunteer State will receive $302,092,740 over the five years under this part of the measure.

“This record amount of funding, made possible by the Bipartisan Infrastructure Law, will allow states and Tribal governments to fix the bridges most in need of repair,” Deputy Federal Highway Administrator Stephanie Pollack said. “It will also modernize bridges to withstand the effects of climate change and to make them safer for all users, including cyclists and pedestrians. Every state has bridges in poor condition and in need of repair, including bridges with weight restrictions that may force lengthy detours for travelers, school buses, first responders or trucks carrying freight.”

The transportation agency said the Bipartisan Infrastructure Law is a “once-in-a-generation investment in infrastructure, which will grow the economy, enhance U.S. competitiveness in the world, create good jobs, and make our transportation system more sustainable and equitable.”

Morgan Nicole Veysey is a reporter for The Tennessee Star and The Star News Network. Follow her on Twitter. Email tips to [email protected]
Photo “Market Street Bridge” by Ɱ. CC BY-SA 4.0.