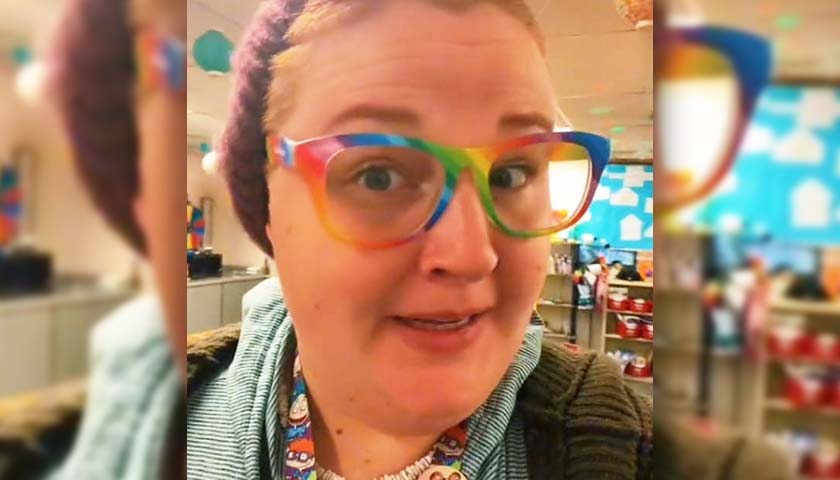 The Star News Network has identified a “woke” fifth grade teacher, whose classroom is centered around left-wing propaganda.

Her TikTok account, called “therainbowteacher” has more than 247,000 followers. Ryoppy does not reveal her real name on the account, but through investigative work, The Star was able to identify her.

The Star sent multiple requests to Ryoppy, asking is sher would confirm that the account belonged to her. All of those requests went unreturned.

Neither the Clark County School District or Halle Hewetson Elementary responded directly to a comment request, but after multiple inquiries, The Star received a phone call from Halle Hewetson Principal Mark Connors.

Connors confirmed that Ryoppy teaches at the school, but said he was unaware of her TikTok account, and that if he was, he could not confirm that it belonged to Ryoppy. He cited privacy laws as an explanation.

Christopher Rufo is a fellow at The Manhattan Institute, and one of America’s foremost critics of politicized schools. He disagrees.

“Parents have a right to know what is going on in the classroom – their kids should not be trapped with political predators like this person,” he told The Star.

But Connors told The Star that he has sat in on many of Ryoppy’s classes, and found no objectionable content.

The Clark County Licensed Personnel Employment list confirms that Ryoppy has been employed at the school since 2019, and makes an annual salary of $62,512.

According to her TikTok profile, which is largely populated with LGBT content, she uses the pronouns “She/They.”

In a post from 2021, Ryoppy answers a question from a follower, who asked whether any of her students have ever “come out” to her.

“Yes, I have had multiple students come out to me, not just with their sexuality, but also with their gender identity,” she said in the video. “It’s one of the reasons I think it’s so important to be out and loud and proud, so that people feel comfortable coming to me and talking to me, because I don’t know how much different my life would have been if I had had someone to come talk to about this kind of stuff.”

In another post, she shows off a sign with popular left-wing slogans, which she said she would display in her classroom.

“I cannot wait to put this up in my classroom,” she said.

Of hundreds of other posts on the social media site, some show off classroom displays of social justice slogans like “BLM.” Some posts sport hashtags like “#lgbtq.”

Along with being a teacher and TikTok influencer, Ryoppy also sells LGBT-themed merchandise online.

Slogans on t-shirts sold by the teacher have messages like “Why be normal when you can be a rainbow?” and “I’m a fabulous sack of stardust.”

Last year, schools around the country were accused by parents and media critics of indoctrinating students via Critical Race Theory (CRT), a framework that teaches students through the lens of oppression and white supremacy.

In Virginia, the epicenter of the controversy, homeschool jumped 40 percent in 2021.