Senator Marsha Blackburn: Biden Is a Lame-Duck President in His First Year 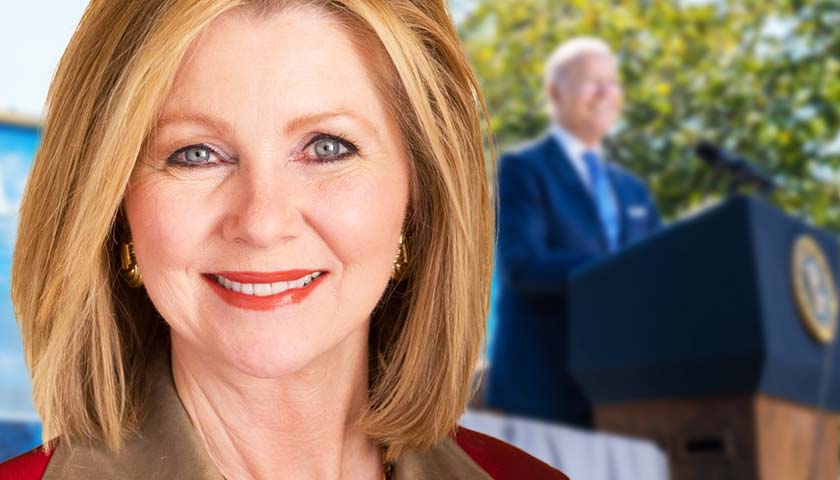 Senator Marsha Blackburn (R-TN) mocked President Joe Biden’s inability to advance key priorities of his administration, awarding him the “lame-duck” title often given to presidents in the final year of their term.

In an interview with “Sunday Morning Futures” on Fox News, Blackburn pointed out that Biden has watched over multiple domestic and foreign policy failures.

“Joe Biden is the first president in history to become a lame-duck within the first year of his administration. And it has been a bad week and a bad year. Maria, look at the Supreme Court overruling them on the OSHA mandate. You look at globally what is happening with Russia, Kazakstan. You look at the Russia-Ukraine issue. You look at Iran shooting — going after President Trump, North Korea shooting off a missile, China with their daily antics, and this plus all that happened on Capitol Hill, with the filibuster, with their election takeover,” Blackburn explained.

The remark from the Tennessee senator follows a catastrophic week for the White House and congressional Democrats.

The Supreme Court blocked a vaccine mandate that would have required all businesses with at least 100 employees to mandate the coronavirus shot or weekly testing—a move that could have financially challenged small businesses across the country.

Furthermore, the president traveled to Georgia to demand a change to the rules of the U.S. Senate, largely because his administration failed to gain support for “voting rights” legislation.

However, despite public and private comments from Biden, Senators Kyrsten Sinema (D-AZ) and Joe Manchin (D-WV) stood up to members of their own party. They refused to lower the 60-vote threshold to advance certain pieces of legislation, known as the filibuster.

Previously, the opposition of the majority of senators, including Manchin, struck a blow to Biden’s hopes of passing his “Build Back Better” spending package.