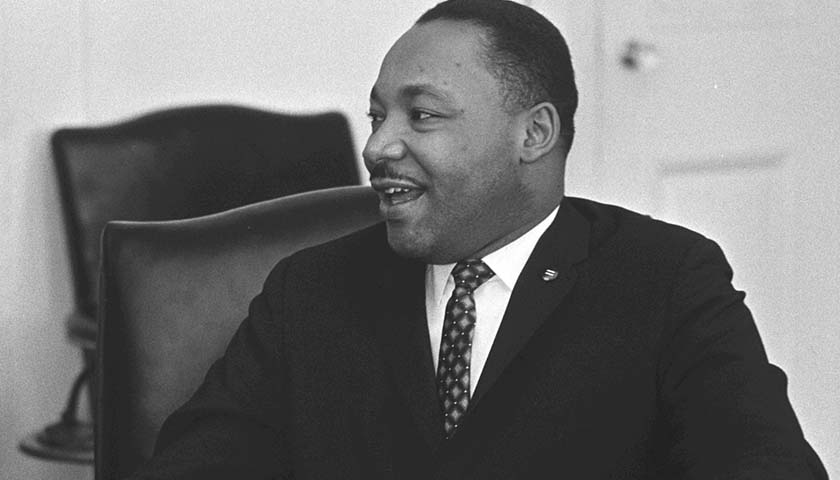 Given the Biden administration’s recent effort to prioritize COVID-19 treatments based on race, it is more important than ever that we remember – and practice – the teachings of Reverend Martin Luther King Jr.

Last week, the Food and Drug Administration released new guidance to medical professionals which listed “race or ethnicity” as high risk factors for doctors to consider when prescribing a new monoclonal antibody known as Sotrovimab. Other high-risk factors included obesity, pregnancy, and other health conditions which would make a person less able to fight the virus. The new guidance means a person’s race could qualify him or her for treatment ahead of others who need the drugs.

Biden administration officials have cited high rates of diabetes and other health issues which are prevalent in non-white and non-Hispanic communities as reasons to include the new criteria. Officials in New York and Minnesota have also prioritized treating non-white patients, but they have more overtly cited historic health care disparities as a justification.

As former U.S. Department of Housing and Urban Development Secretary Ben Carson, who is also a neurosurgeon, said on Fox News, adding a racial element into a list of otherwise science-based health requirements is absurd and discriminatory.

I remember the people, the millions of people of all races who worked so hard to get rid of discrimination. And here we are trying to bring it back. It’s unbelievable… [Minority communities] have those [conditions] anyway. You don’t have to throw race into this. All you have to do is treat the people that need to be treated.

The Biden administration’s discriminatory COVID-19 treatment policy is particularly offensive as we honor the life of Reverend Martin Luther King, Jr., who famously said, “I have a dream that my four little children will one day live in a nation where they will not be judged by the color of their skin, but by the content of their character.”

The more overt efforts by state-level officials to use this discrimination in response to past discrimination is even more antithetical to Reverend King’s message. Consider his December 25, 1957, sermon at the Dexter Avenue Baptist Church in Montgomery, Alabama:

The COVID-19 pandemic is a national challenge. We will only defeat it by being a united nation. These discriminatory efforts will only divide us and keep us from fully achieving Reverend King’s dream.