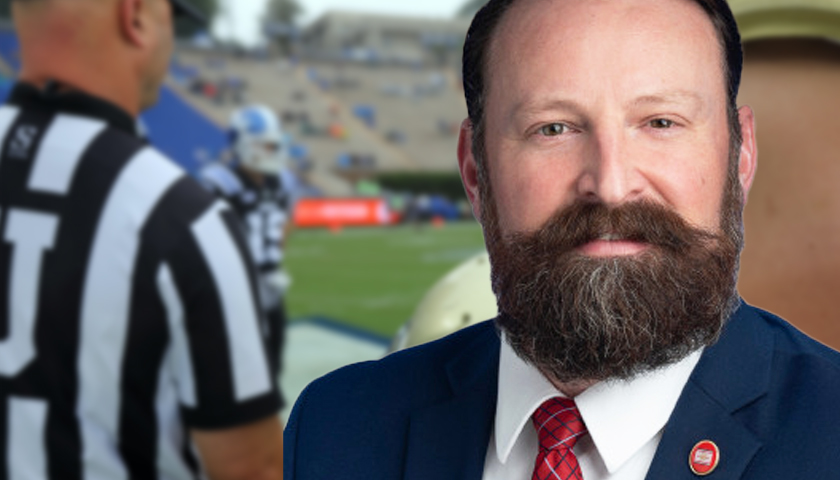 A new bill was filed this week that would make assaulting a sports official while they’re officiating a Class E Felony. Sponsored by Representative Brandon Ogles (R-Franklin), the bill would also make the assault a Class A Misdemeanor, depending on the nature of the action.

The assault is considered a felony unless the event occurs under “Intentionally or knowingly causes physical contact with a sports official while the official is officiating a sporting event and a reasonable person would regard the contact as extremely offensive or provocative,” in which case the assault is a Class A Misdemeanor.

The bill also clarified that a sports official is “an individual who serves as a referee, umpire, or linesman, or who serves in a similar capacity but may be known by a different title or name and is duly registered by, or a member of a local, state, regional, or national organization engaged in part in providing education and training to sports officials.”

If approved, the bill will take effect July 1, 2022, and will apply to acts committed on or after that date.

The bill follows an incident involving Tennessee House Representative Jeremy Faison (R-Cosby) and a high school referee. The Tennessee Star reported earlier this month, that Faison tweeted an apology after a video of him arguing and trying to pants a basketball referee circulated news sites.

For years I thought how wrong it is when a parent loses their temper at a sporting event. It’s not Christian and it’s not mature and it’s embarrassing to the child have always been my thoughts.

Unfortunately, I acted the fool tonight and lost my temper on a ref. I was wanting him to fight me. Totally lost my junk and got booted from the from the gym. I’ve never really lost my temper for all to see, but I did tonight and it was completely stupid of me. Emotions getting in the way of rational thoughts are never good. I hope to be able to find the ref and ask for his forgiveness. I was bad wrong.