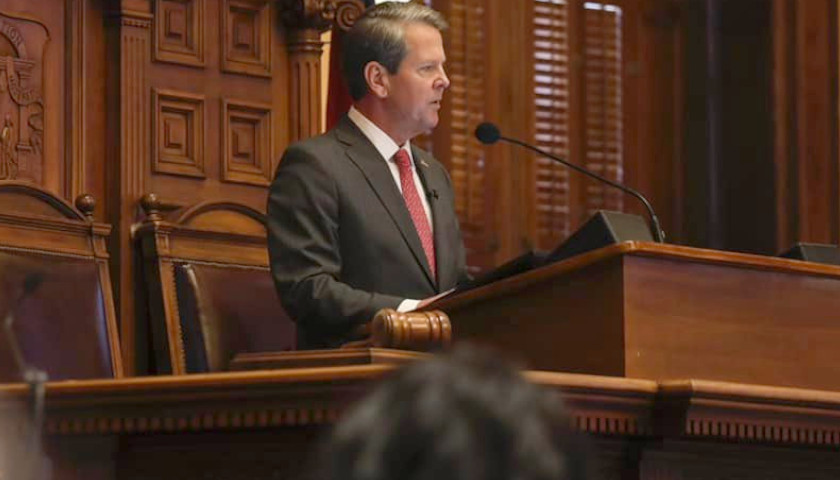 Governor Brian Kemp delivered his yearly State of the State address Thursday, where he announced his policy priorities for the 2022 session of the Georgia General Assembly, and they include reducing crime and reforming public education.

“From the classroom to the ball field, there are those who want to divide our kids along political lines, push partisan agendas, and indoctrinate students from all walks of life. This is wrong, it’s dangerous, and as long as I’m governor, it will not take root in Georgia,” Kemp said.

“That’s why I look forward to working with members of the General Assembly this legislative session to protect our students from divisive ideologies — like Critical Race Theory — that pit kids against each other.”

Members of the Georgia Board of Education voted last June to formally oppose teaching Critical Race Theory (CRT) in the state’s K-12 classrooms. Board members at the time described beliefs such as CRT as “concepts that impute fault, blame, a tendency to oppress others, or the need to feel guilt or anguish to persons solely because of their race or sex.”

Kemp, who is seeking reelection this year, announced another initiative that one of his two Republican competitors, David Perdue, already announced as a priority this week.

“I also look forward to working with the House and Senate to pass, and sign, a parental bill of rights in our education system and other pieces of legislation that I strongly support to ensure fairness in school sports and address obscene materials online and in our school libraries,” Kemp told assembled legislators.

Chris Butler is an investigative journalist at The Tennessee Star and The Georgia Star News. Follow Chris on Facebook, Twitter, Parler, and GETTR. Email tips to chrisbutlerjournalist@gmail.com.
Photo “Brian Kemp” by Brian Kemp.