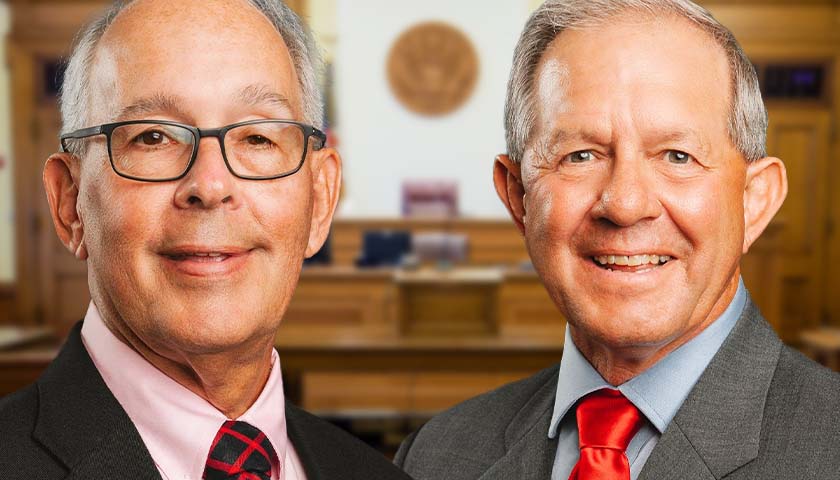 Weeks after being arrested and charged with perjury, two Republican Sumter county commissioners were suspended from office Thursday by Governor Ron DeSantis in the first two executive orders of 2022 (EO 22-01 and EO 22-02).

Until their cases are settled, Governor DeSantis ordered the immediate suspension of commissioners Oren Miller of District 5, and Gary Robert Search of District 1, who were arrested on December 15th and charged for lying during an investigation into possible violations of Florida’s Sunshine Law.

Florida’s Sunshine Law – short for the Government-in-the-Sunshine Law – are a set of statutes that establish a right to public access to governmental proceedings at both the state and local levels that are of two or more members of the same board to discuss some matter which will foreseeably come before that board for action, according to the Office of Florida Attorney General, Ashley Moody.

Arrest affidavits provided by the Fifth Circuit State Attorney’s Office and reported by the Associated Press, say they received three complaints last year regarding Miller and Search communicating meeting issues through Miller’s wife via cellphone. Additionally, prosecutors said that phone records showed Miller and Search contacted each other directly over 40 times between November 2020, when they were both elected, and July 2021.

When investigators asked Miller about the communication with Search, he said that it stopped in January or February 2021 after realizing that it may raise issues; while Search denied all communication with Miller other than what occurred during public meetings.

Nonetheless, phone records showed that almost half of the calls between them were after January 2021, while the arrest affidavits cited them being either shortly before, or shortly after, scheduled county commission meetings.

Governor DeSantis has the power to remove Miller and Search from their elected offices under Article IV, Section 7(a) of the Florida Constitution that allows an order of suspension to any county officer who is charged with committing a felony.

Detailing Miller and Search’s suspensions, each executive order states that both are “prohibited from performing any official act, duty, or function of public office; from receiving any pay or allowance; and from being entitled to any of the emoluments or privileges of public office during the period of this suspension, which period shall be from today, until further Executive Order is issued, or as otherwise provided by law.”