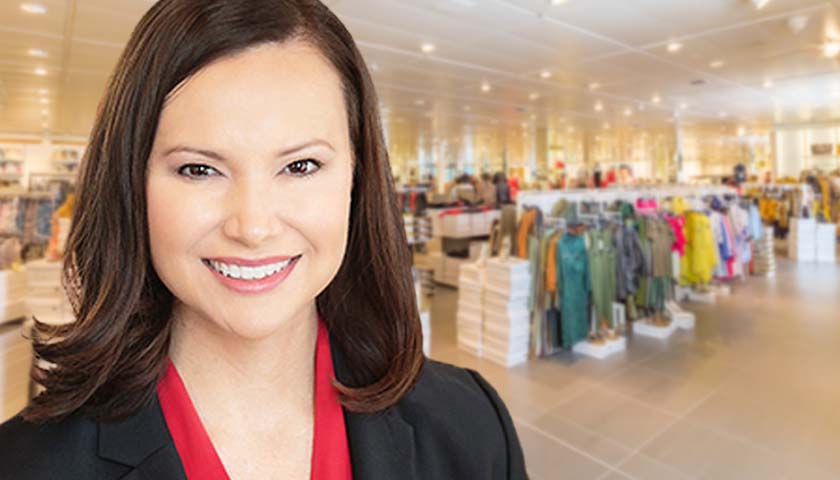 A week before the 2022 legislative session in Florida begins, Attorney General Ashley Moody – at a news conference with other state officials on Tuesday – doubled down on her stance regarding the crackdown on organized retail thefts that have been on the rise across the nation and now here in Florida.

During the news conference, Moody once again emphasized her proposal for a statewide task force and inter-jurisdictional database known as the Florida Organized Retail Crime Exchange (FORCE) that she had previously announced on December 2nd.

According to Moody, who cited the National Retail Foundation’s 2021 Retail Security Survey, 70% of store owners nationwide reported an increase in crime.

“We’ve seen the damage and disorder caused by brazen criminals across the country through terrifying smash-and-grab robberies, and we must continue to innovate to stay ahead of this national crime trend. Last month, I launched FORCE to bolster our efforts to stop and prevent organized retail crime in Florida and this legislative session, I will partner with state legislators to make sure our laws are effective in helping law enforcement and prosecutors stop retail theft gangs from targeting our stores,” Moody stated during Tuesday’s news conference.

The timing of her announcement comes not only ahead of the legislative session, but less than two weeks after a Christmas Eve smash and grab robbery worth almost $1 million at a luxury bag store in Palm Beach. The store also fell victim to a separate robbery two weeks prior, when thieves initially took close to $500,000 worth of bags.

One of the officials alongside Moody during the press conference was Florida Retail Federation President Scott Shalley who stated:

“Organized retail crime has increased significantly over the last two years. Criminal gangs are stealing hundreds, thousands and sometimes millions of dollars of merchandise, and they’re threatening the safety of our communities. With the leadership of Attorney General Moody, Senator Jim Boyd and Representative Chuck Clemons, and their proposed legislation, Florida is standing up to criminals and holding them accountable for their actions.”

Powered by Treuth, a public benefit corporation that established technology that laid the foundation for FORCE, the attorney general’s office and Florida Retail Federation will operate the database, which together they have named T-FORCE. The T-FORCE database gives retailers the ability to upload data about recent theft occurrences such as stolen items, suspect description, method of operation, and vehicle identification.

According to another press release from Moody’s office, highlighting T-FORCE, such data will “make it easier to identify a nexus among seemingly single-incident thefts and could lead to organizational charges and increased penalties.” Once information is uploaded to the database, other retailers and law enforcement agencies will have access to the information, providing a “greater ability to link related crimes and perpetrators.”