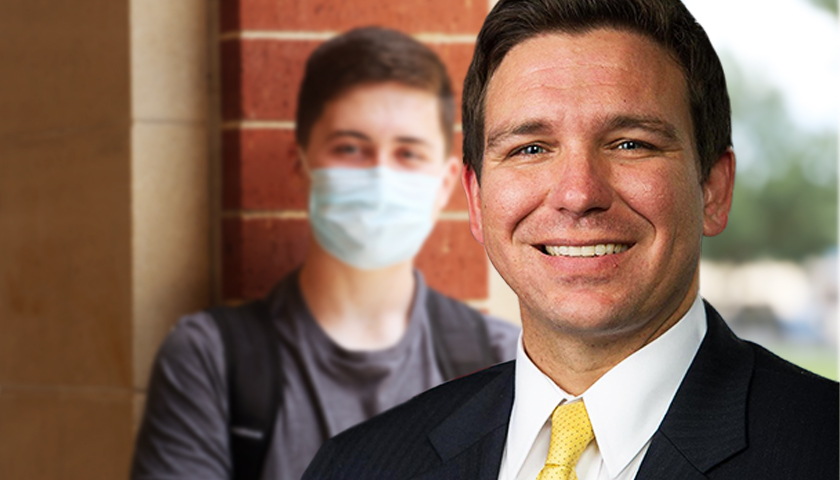 Florida Gov. Ron DeSantis (R) and Florida Surgeon General Dr. Joseph Ladapo signaled they would be adopting procedures that would shift Florida’s COVID testing protocol away from the federal government’s standard of testing.

Both officials stressed the importance of “high-value testing” rather than blanketed testing like the Centers for Disease Control and Prevention (CDC) recommends.

“We need to unwind this … planning and living one’s life around testing,” Ladapo said. “Without it, we’re going to be sort of stuck in the same cycle. So, it’s really time for people to be living, to make the decisions they want regarding vaccination, to enjoy the fact that many people have natural immunity. And to unwind this sort of preoccupation with only COVID as determining the boundaries and constraints and possibilities of life.”

Ladapo used an example of prioritizing testing for elderly adults rather than eight-year-old children.

DeSantis said the endless testing has added to the testing crunch and long lines at some COVID sites.

“The idea that if you have a lot of testing to stop the spread, that is not just happening,” DeSantis said.

He continued by saying Floridians are buying up at-home tests, also leading to a test shortage.

“What you are seeing is there are people going to the drug stores, buying all these tests,” DeSantis said. “They’ll go multiple times per week to the sites and test, without symptoms. That is just going to contribute to some of the crunch that you are seeing.”

The CDC recommends anyone with symptoms to get tested for COVID.

Ladapo wanted to reassure Floridians that while the omicron variant is highly transmissible it is the least severe and least likely to cause mass hospitalizations and deaths.

“Everyone knows omicron is spreading extremely rapidly,” Ladapo said. “The good news is that it appears to be less virulent, and the hospitalizations are not increasing nearly at the rate that the cases (are) … it’s not close. There’s a very big difference between the change in cases and the change in hospitalizations.”

The surgeon general clarified that they are not preventing people from getting tested for COVID but wanted to encourage people from taking up COVID tests if they do not need them.

“We’re not telling people you can’t get tested,” Ladapo said. “We’re not restricting access. What we are saying is we don’t think it’s sensible that people who are unlikely to benefit, unlikely to have any change in their clinical outcome to sort of be in line waiting to get tested.”

Grant Holcomb is a reporter at The Florida Capital Star and The Star News Network. Follow Grant on Twitter and direct message tips.
Photo “Ron DeSantis” by Federal Government of the United States of America. Background Photo “Person in Mask” by Jill Carlson (jillcarlson.org). CC BY 2.0.