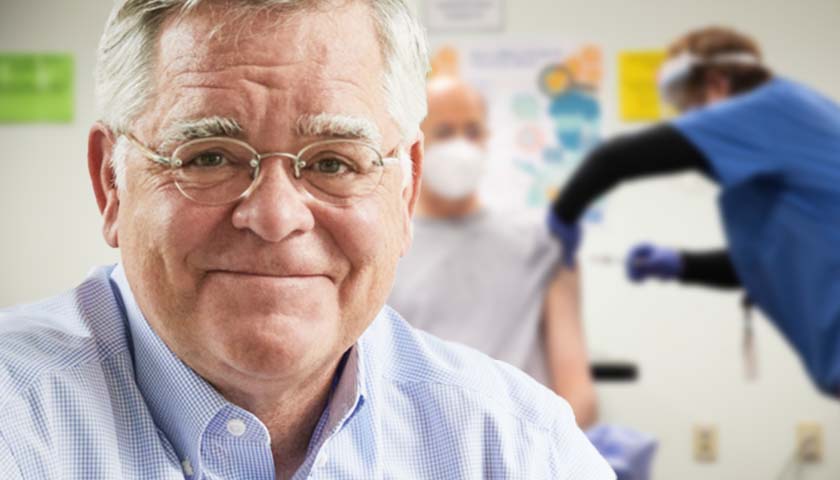 Nashville Mayor John Cooper tweeted Monday that COVID cases were on the rise in the city. Cooper said the average positive test rate was at 34.4 percent, up higher from the previous week’s 20.6 percent. He added the 10,186 reported cases were double than the high week of January 2021.

Cooper continued that 62.2 percent of Nashville residents are vaccinated and “Vaccines continue to be highly effective against severe illness if you contract COVID. If you’ve been waiting, please protect your family’s health by getting vaccinated today.”

He added the surge in COVID rates was a threat to the unvaccinated, and the number of hospitalized patients had risen by 70 percent. “Getting the vaccine is the best way of making sure you stay out of the hospital.”

Cooper added a map of local testing and vaccination locations; and said the FDA shortened the waiting time from six to five months between booster shots.

Many people commented on Cooper’s tweet voicing their opinions on how the Mayor was handling COVID. Although there were few comments focusing on the Mayor’s handling of recent trach pick-up issues, many focused on how Cooper wasn’t enforcing COVID rules. Some users asked Cooper why he wasn’t reinstating a mask mandate, or pushing for a vaccine mandate.

In the past, the Nashville mayor has offered numerous incentives for residents to get vaccinated.

The Tennessee Star reported last month that Cooper announced a celebrity meeting for those getting either their first vaccination or booster shot. NFL alumni would be at the Nissan Stadium, along with “a free raffle of NFL alumni signed footballs, along with food and giveaways.”

In addition to meeting celebrities, Cooper has held two “Refer to Win!” programs, in which the winners were never announced, or never received their prize.

In November, the city of Nashville partnered with American Airlines for two free round trip tickets.

There have been a total of 142,248 cases of COVID-19 in Davidson County since tracking began last year. Of those, 3,483 cases have required hospitalizations, while 1,384 – a little less than one percent – have succumbed to the disease.