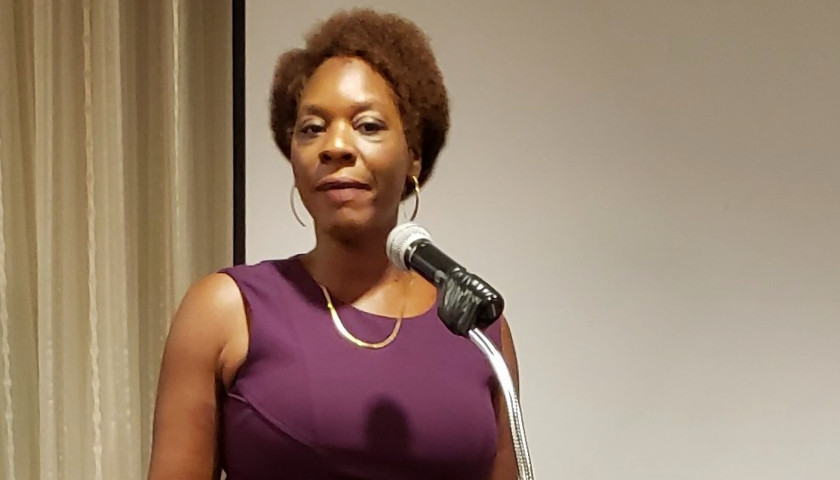 President Joe Biden has nominated a far-left judge for a seat on the bench of the 11th Circuit Court of Appeals.

From Georgia, Nancy Gbana Abudu is a deputy legal director at the far-left Southern Poverty Law Center, a nonprofit known for listing conservative organizations as “hate groups,” which once inspired a violent attack against the Family Research Council.

“Abudu has litigated a variety of civil rights cases in federal and state courts, including challenges to state felon disenfranchisement, proof of citizenship and voter photo ID laws,” her biography on the SPLC’s website says. “She has pushed for greater enforcement of the Voting Rights Act and other federal laws that protect the right to vote. She has published several articles and a book chapter on various forms of voter suppression.”

Previously, Abudu was an attorney for the American Civil Liberties Union (ACLU), itself a far-left nonprofit.

Among Abudu’s radical opinions, the potential judge once said that requiring proof of American citizenship to vote in American elections is akin to “voter suppression.”

She also said in a post for the SPLC that stripping felons of their voting rights is reminiscent of slavery.

“When you add laws that prohibit people with a criminal conviction from voting, it’s practically the same system as during slavery – Black people who have lost their freedom and cannot vote,” she wrote in 2020. “And without access to the ballot, a victim of the system cannot elect the very officials pulling the levers to hire the police, determine which cases are prosecuted and what sentences are imposed.”

Abudu was nominated for the position in late December.

The Biden White House admitted that Abudu was chosen for the color of her skin, saying in a press release that her selection “continue[s] to fulfill the President’s promise to ensure that the nation’s courts reflect the diversity that is one of our greatest assets as a country — both in terms of personal and professional backgrounds.”

The nominee has a long way to go before she earns a seat on the bench.

She must first be approved by the Senate Judiciary Committee. Only after that can her nomination be brought to the full Senate floor for a vote. The Senate is split evenly between Republicans and Democrats, and Vice President Kamala Harris holds the tie-breaking vote.

But Sens. Joe Manchin (D-WV) and Kyrsten Sinema (D-AZ) both moderates representing typically-Republican states, have proven to be an obstacle for the Biden administration’s far-left plans.

When Biden appointed David Chipman, a vehemently anti-gun former agent with the Bureau of Alcohol, Tobacco, Firearms and Explosives (ATF) to lead that agency, Chipman’s appointment fell flat in September after the White House could not convince Manchin to vote in favor of the nominee.

Pete D’Abrosca is a contributor at The Georgia Star News and The Star News Network. Follow Pete on Twitter. Email tips to dabroscareports@gmail.com.
Photo “Nancy Abudu” by LWV of Florida.