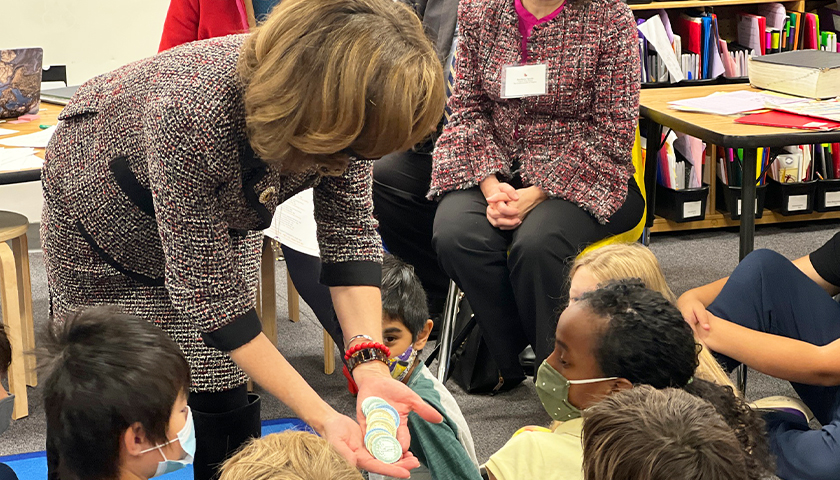 “APS is in the early stages of revising the grading and homework policies and policy implementation procedures (PIPs). This work is being done as part of the School Board’s work to update all policies and PIPs,” Frank Bellavia, a spokesman for the school system, told The Star. “As of right now, we are having preliminary conversations with instructional staff as to what makes sense in policy and what makes sense in practice at schools. There are two phases of the process before the School Board is scheduled to act on any recommendations in May.”

A 21-page slideshow breaks down the reasoning behind the proposed plans, which is based on a book by liberal author Joe Feldman called “Grading for Equity.”

These “equitable grading practices,” according to Feldman, are “bias-resistant.”

“Our grades are based on valid evidence of a student’s content knowledge, not on evidence that is likely to be influenced by a teacher’s implicit bias or reflect a student’s environment,” one of the equitable grading practices says.

Bellavia says the school plans to roll out the new programs after two phases of study and experimentation.

“As part of Phase 1, we provided some ideas for staff to look at as a starting point and asked all Instructional Lead Teachers to gather feedback from school-based staff on the first working drafts,” he said. “This is the first of several opportunities for all teachers to provide feedback. Selected staff from each building will also participate directly in the revision process in Phase 2.”

The process, which began in September of 2021 is expected to take a year to complete.

It also claims that extra credit “leads to inaccurate grades, especially when given for non-academic tasks,” and that it “leads to biased grades, penalizing students with fewer resources.”

Unlimited redoes, according to the proposed plan, “[r]educe pressure on students to constantly be at their best,” and “[m]otivate students to continue learning by offering redemption.”

The feedback process has already begun, in the form of a lengthy letter from some of APS’s teachers excoriating the proposed plan.

That letter says in part:

As educators with decades of experience in APS, we are extremely concerned with several changes proposed in the new grading and homework policy. We believe that these changes will impact student learning and socio-emotional development and growth in a negative way. The changes, if implemented, will also result in the decline of high expectations and rigor in the classroom across all APS high schools. We agree that homework, summer assignments, summative as well as formative assessments need to be meaningful, engaging, and be clearly communicated/explained to students and their families; however, if proposed changes are implemented, the accountability “piece” of the learning process will exist in theory only.

The teachers also said that ending assignment deadlines could lead to “a nightmare evaluating scenario for teachers, as submissions are delayed to suit students’ needs,” and noted that their lesson plans are sequential so that one learning topic organically flows into the next, and that if students are allowed to go at their own pace, “it seems logical that doing so would hamper ‘mastery’ moving forward.”

Pete D’Abrosca is a contributor at The Virginia Star and The Star News Network. Follow Pete on Twitter. Email tips to dabroscareports@gmail.com.
Photo “teacher with students” by Arlington Public Schools.