Tennessee Lawmaker Proposes a Return to Voting Without Ballot-Marking Machines 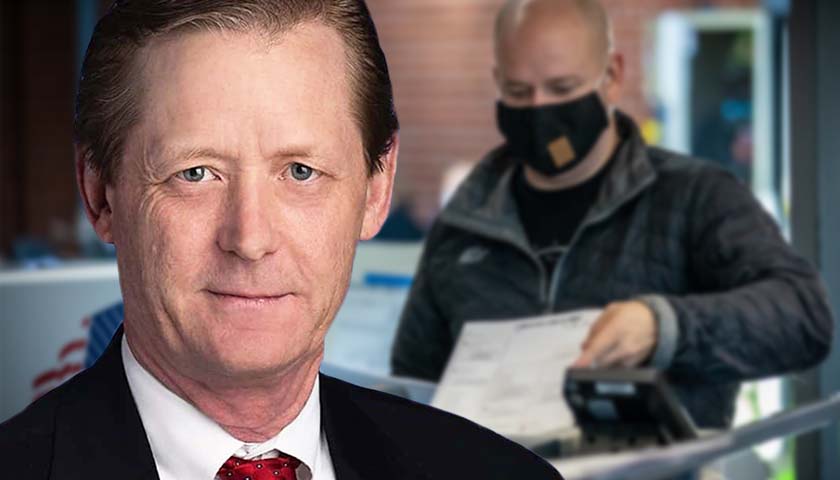 Tennessee Representative Bruce Griffey (R-District 75) introduced a new bill aimed to protect election safety in Tennessee by eliminating the use of ballot-marking voting machines, and instead, requiring voters to use “hand-marked paper ballots.” The bill would also authorize poll watchers to video record polling places.

Griffey, who recently announced his candidacy for Circuit Court Judge for the 24th Judicial District, Division 2, has been consistent proponent for increased election integrity legislation.

“I will be pursuing more election integrity legislation in the upcoming legislative session to cut down on fraud and try to prevent another disaster like November 2020!” he said on Facebook shortly before filing the bill proposal.

The proposed measure is an amendment to the current Tennessee Code Annotated, Title 2, Chapter 9, and applies to the 2022 election and all elections thereafter.

The ballot scanners then must be open to public inspection before and after the election, and the scanners are not allowed to use proprietary software. If a county election commissioner cannot acquire the proper equipment, then they will be able to “request the secretary of state for an extension to 2024 for compliance.”

The state of Tennessee will be required to share the cost of at least half the price of the election commission that complies with the change of voting ballots, the bill says.

In order to maintain security with paper ballots, the proposal outlines the use of incorporated security features that “may include watermarks, fluorescence, digital holograms, or any other technology that ensures the ballots cannot be duplicated.”

The measure adds that the election commissioner will be allowed to change the security feature of the ballot from election to election.

Morgan Nicole Veysey is a reporter for The Tennessee Star and The Star News Network. Follow her on Twitter. Email tips to [email protected]
Photo “Election Day” by Phil Roeder CC BY 2.0.