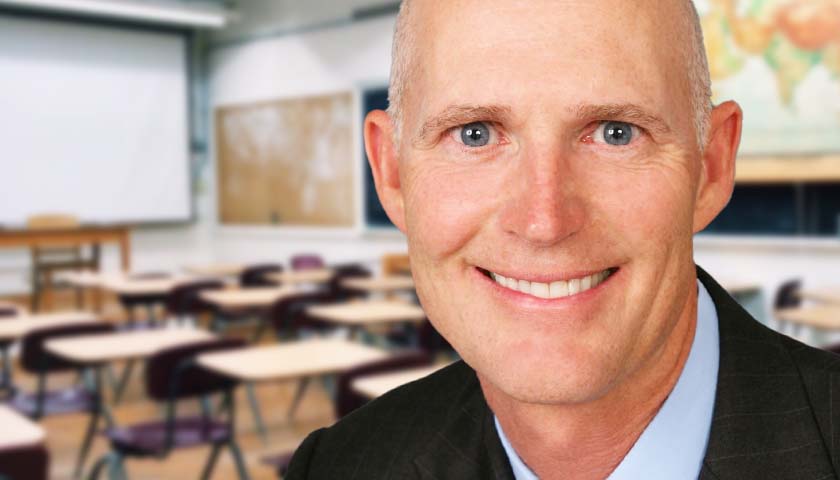 Florida Sen. Rick Scott (R) commented on the recent shift in attitudes from parents towards school boards with the 2022 elections less than one year away. Scott predicts overwhelming support for changes at the local level across Florida, and the country, as a result of months of pushback from parents to school districts imposing mask mandates and pushing Critical Race Theory (CRT).

“Because parents are fed up with these school boards telling them that your kid’s oppressed or your kid’s an oppressor. That is so crazy,” Scott said on the Brian Kilmeade Show.

Scott also commented on the growing popularity of far-left ideologies and wokeness and how it has made its way into the mainstream.

“The far-left wants Americans to believe that our nation is inherently racist and bad,” Scott said when he proposed a Senate resolution opposing CRT. “They want to discredit the values America was founded on. They’re wrong. We can’t stand by and allow ’woke’ liberals to divide our nation.”

“You think about what MLK stood for. He said he didn’t want people judged on the color of their skin, but on the content of their character,” DeSantis said. “You listen to some of these people nowadays, they don’t talk about that.”

DeSantis has also previously said he would work to prevent woke school board members from getting elected or re-elected.

“Local elections matter. We are going to get the Florida political apparatus involved so we can make sure there’s not a single school board member who supports critical race theory,” DeSantis said.

“The companies that control the vast majority of America’s economic resources and curate the information we see and hear on a daily basis now say that America is a racist or sexist country,” Rubio wrote. “These oligarchs believe the very existence of America is fatally flawed, and they are devoting hundreds of billions of dollars to advance corporate propaganda that reflects these beliefs. They aim to remake our society, our culture, and our country. They aim to redefine what constitutes a good life in America.”