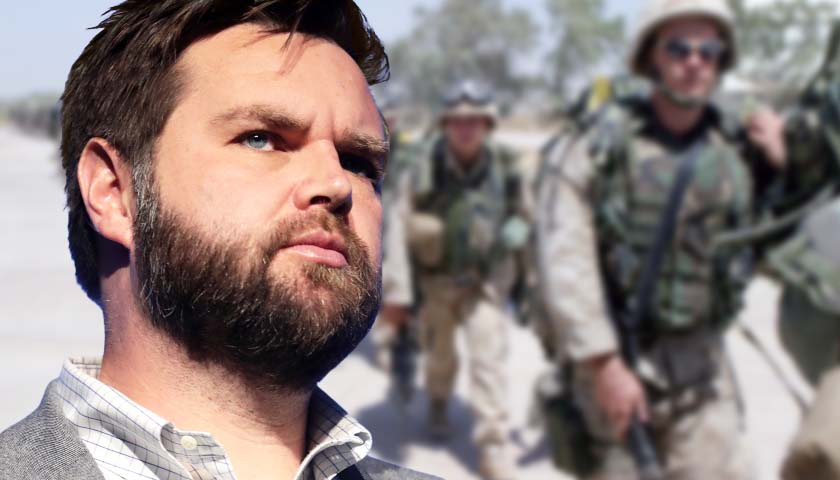 U.S. Senate candidate JD Vance slammed President Joe Biden for hurting the U.S. Marines with a vaccine mandate for members of the military.

Vance, who served as a Marine during the Iraq War, has remained an outspoken critic of “wokeness” within the U.S. military.

“I talked to the dad of a junior Marine officer a couple of days ago. Told me his son got the jab against his wishes because he worries the net effect of the mandates is to turn the military woke. He wanted to stay and fight back,” Vance said in a tweet.

The Biden admin is destroying one of the few American institutions that still functioned.

“The Biden admin is destroying one of the few American institutions that still functioned.”

Vance’s remarks follow a report from Fox News that detailed almost 200 Marines have been discharged for refusing to take the coronavirus vaccine.

The Department of Defense and Secretary of Defense Lloyd Austin have claimed service members may apply for a religious exemption from the mandate that was fully enacted at the end of November.

However, according to the Fox News report, more than 3,000 members of the Marines have applied for a religious exemption from the mandate. Zero requests have been approved by the Marine Corps.

“There’s something fundamentally wrong at this point with our nation’s leadership,” said one service member, speaking to the news outlet anonymously. “We are facing an unconstitutional edict that I think is very targeted as a political purge, taking out some of the best and brightest soldiers, sailors, airmen, Marines and guardians from the Space Force.”