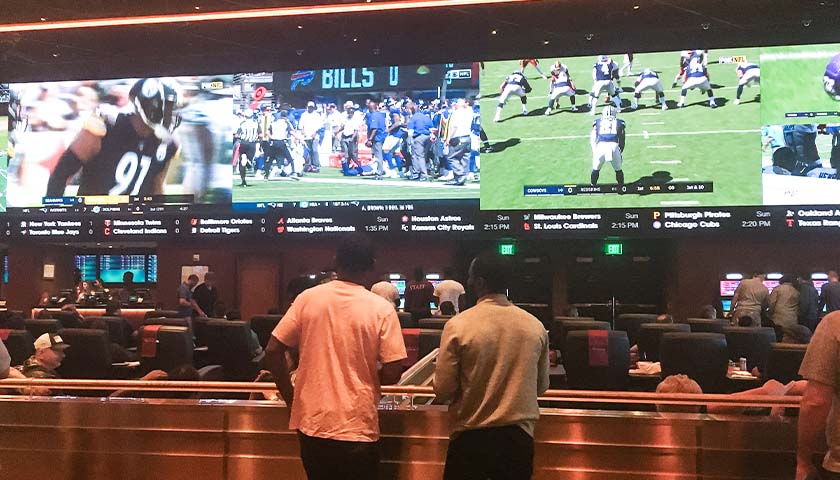 A group of Ohio economists are not as certain about the economic impact of legalized sports betting in Ohio as a national gaming research group that predicted the state eventually would be one of the largest gambling markets in the country.

Only 10 of the 23 state economists surveyed agreed legalized sports betting would outweigh the economic costs of intervention for problems associated with gambling addiction, according to a recent survey from Scioto Analysis, a central Ohio group that provides analysis of issues around the state.

“If gambling brings in revenues from suckers in other states, that would benefit Ohio, and it would be beneficial if it is merely replacing illegal gambling and gambling money that Ohio suckers are sending to other states, but it wouldn’t be an economic benefit if it just replaces other less-addictive forms of entertainment in the state,” Bluffton University economist Jonathan Andreas said.

Another nine economists said they were uncertain of the overall impact when betting becomes legal in January 2023, and less than half responding said legal sports betting could reduce inequality in the state.

“Sports betting will only help education if it does not displace other funding sources,” said Lewis Sage, a professor at Baldwin Wallace University. “Sports betting will reduce inequality only if bettors are upper-income and the revenues are spent on lower-income households.”

PlayUSA.com Network, a website that provides news, analysis and research on regulated gaming markets in Ohio and across the U.S., believes Ohio will be one of the largest sports gaming markets in the country. It estimated the state eventually could produce as much as $900 million in revenue, $12 billion in wagers and $90 million in state taxes annually in as quickly as three years.

“Ohio is a large state that has embraced an open model, which will make it immensely attractive to both national and local operators,” said Eric Ramsey, analyst for PlayUSA.com. “The common element among the largest markets in the U.S. is that they all foster competition among many operators. Those markets are far more appealing to bettors, which in turn makes the industry a more reliable revenue producer for the state.”

The law creates three types of gaming licenses that last for five years and goes into effect Jan. 1, 2023. The Ohio Casino Control Commission will oversee the program, and the Ohio Lottery Commission also will play a role.

The licenses include those for mobile apps, brick-and-mortar stores and kiosks at certain lottery retail agents, which includes businesses that hold a specific liquor permit.

The state plans to issue at least 25 mobile betting licenses and 40 brick-and-mortar licenses for places such as casinos and pro sports venues. An unlimited number of licenses for kiosks at places such as bars, restaurants and other places with liquor sales will be available.

J.D. Davidson is a veteran journalist with more than 30 years of experience in newspapers in Ohio, Georgia, Alabama and Texas. He has served as a reporter, editor, managing editor and publisher. He is a regional editor for The Center Square.
Photo “Sports Betting” by Dough4872 CC BY-SA 4.0.