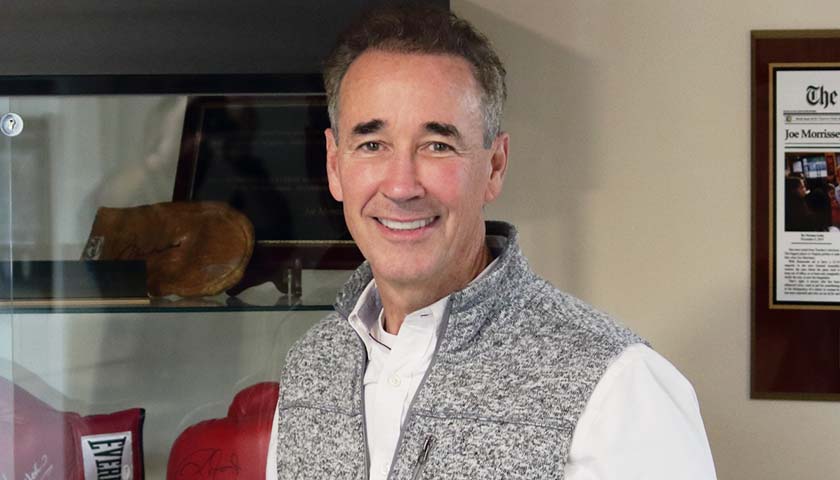 Senator Joe Morrissey (D-Richmond) is set to be one of the most important legislators in the 2022 General Assembly session. The Virginia Senate has 21 Democrats and 19 Republicans, meaning that with just one Democratic senator swinging on a vote, Lieutenant Governor-elect Winsome Sears, a Republican, will cast a tie-breaking vote. Morrissey is a pro-life Democrat, and although he may be a standard Democrat on many issues, he occasionally finds common ground with Republicans.

“I don’t believe that being pro-life is something that is just in the orbit of Republicans,” Morrissey told The Virginia Star. “And let’s be clear: I’m not being disrespectful towards those that are pro-choice. It is my choice to be pro-life. It’s how I feel, and I’ve never wavered from that since the moment I came into the General Assembly.”

“One of the things that I’ve considered doing pro-life is a fetal pain bill,” he said. “If there’s empirical evidence that shows a fetus is able to feel pain, then you would not be allowed to have an abortion.”

Morrissey said that threshold is around four months, and that he would support exceptions in cases of rape and incest. He does not support a Texas-style abortion ban, which uses a unique enforcement method to try to dodge Roe v. Wade protections.

Morrissey is popular with his base in southern Richmond and Petersburg with black voters. The recent redistricting has shifted his district lines, but he said he will move so he can continue to represent the same region.

In 2021, he fought hard to bring a casino to Richmond. When voters defeated that opportunity in a referendum, Morrissey said he would work to give the license meant for Richmond to Petersburg, which requires a new law to be passed. Richmond-area Democratic strategist Paul Goldman worries that Republicans will offer Morrissey support for a Petersburg casino in exchange for support of a fetal pain abortion ban.

During the past election cycle, Republicans were mostly quiet about abortion. Governor-elect Glenn Youngkin said he’d support a fetal pain bill, but Democrats spent more time than he did talking about Republican abortion goals. Goldman said that even if Youngkin would prefer to remain an economy-focused Republican, it’s likely that a more conservative Republican legislator will introduce legislation that will pass in the Republican-controlled House.

Goldman described a strategy where a majority of senators — Morrissey plus all the Republicans — can then threaten to vote to force the bill out of committee in the Senate, giving an abortion ban a clear path to Youngkin’s desk. Youngkin, who may have presidential ambitions, would be forced to sign the bill or anger the Republican base. Goldman argued that Governor Ralph Northam should have called a last-minute special session so Democrats could pass legislation linking abortion to slavery to make it difficult for Morrissey to vote for an anti-abortion law without alienating his base.

Goldman said, “If he is willing to give them the vote to pass a fetal pain bill, I believe the Republican constituency will tell its representatives, ‘Hey, well, you know, we aren’t crazy about gambling and all that, but if that’s the price, you get a pass, you get a pass on the gambling.'”

Youngkin built his campaign around education, promising to create 20 new charter schools. Morrissey said he’d be a Youngkin ally on that issue, which some Democrats say will take needed money from public schools.

“I believe in a basket of opportunities for children: private, public, parochial, charter, contract, homeschooling to name a few,” he said. “I’m going to support charter schools. And I don’t subscribe to the policy if you’re supporting charter schools (and they are public schools) you are an enemy of the public school system. That’s just a bunch of horsefly.”

He’s not a Youngkin ally in the school culture war, and wouldn’t help Youngkin fulfill his promise to ban Critical Race Theory [CRT].

Youngkin and McAuliffe ended the election cycle with ads focused on Toni Morrison’s Beloved, and conservatives have been calling for the removal of explicit books from school libraries.

“Put all the books in the school library, let the kids read what they want. And with exceptions, of course I’m not talking about pornography or anything like that,” Morrissey said.

Morrissey said he bought Beloved after he heard of a push to ban it.

Another policy area where Republicans might find an ally in Morrissey is marijuana regulation. Although legalization was enacted last year, the retail regulatory structure requires passage again this year, and Speaker-nominee Todd Gilbert (R-Shenandoah) has said that Republicans want to re-work that legislation.

Republicans voted against legalization in 2021 because it was bundled with a business licensing structure that prioritized people with prior marijuana convictions and people in low-income communities. Republicans now hold marijuana retail hostage, and will likely be able to reshape that regulatory structure.

“I supported the legalization of marijuana. I will oppose any rollback to that, okay. now, the framework, though, for distributing licenses needs a lot of work, okay? There’s some talk about let’s give licenses to people that were incarcerate, or people that felt the brunt of it. How do you do that?”

“I also don’t like the idea that marijuana should just be distributed in poor or black neighborhoods,” he said. “What, is the West End of Richmond going to say, ‘We don’t want a marijuana store here, but it’s okay to put one up in Church Hill?’ That’s disgraceful.”

Morrissey as a Legislator

Morrissey is unpopular in the progressive wings of the Democratic party both for being pro-life and for his checkered past. That includes a 2014 misdemeanor charge of contributing to the delinquency of a minor for his relationship with a 17-year-old employee who he later married, according to The Richmond Free Press.

He has also gained a reputation for his unconventional style as a lawyer, and has faced charges before, including for contempt of court during a 1991 courtroom brawl, according to The Richmond Times-Dispatch. He embraces that belligerent record in his public style in General Assembly committee meetings and in campaign messaging. His office features a case of boxing gloves.

His website declares that he’s “A Fighter for the People.”

“Joe’s put in some good stuff, I think on criminal justice reform, there have been problems on that, I have to give the guy credit, he’s done some good stuff on that. I think Joe has tried to protect the interests, certainly, of poor African Americans,” Goldman said.

“Joe Morrissey has positioned himself as the most powerful man in Virginia. He’s the Joe Manchin of the Commonwealth. In a 21-19 Virginia Democrat-controlled Senate, with GOP Lieutenant Governor Winsome Sears breaking ties, he can make or break Glenn Youngkin’s agenda. The Democrats can’t block any Republican sponsored legislation without him. And Youngkin can’t pass anything without Joe. He’s an unabashedly Catholic pro-life, pro-business, and pro-parental rights Democrat that drives the looney-bin Progressives bat-crap crazy,” Fredericks said.

“He’ll run again in new the Virginia Senate District 13, which includes Petersburg, his spiritual and political base. The Leftists of the Party will spend millions to defeat him in a primary, and they’ll lose again. He’s the last Democratic populist in America. But here’s the thing: he’ll fix your pot-hole, too. That’s why we call him Pot-Hole Joe. His level of constituent service is unmatched,” Fredericks said.

“What drives me as a legislator is the same thing that I talk to my kids when we’re driving around: how can I help the little guy, the little person, the person that needs a fighting chance,” he said. “What motivates me is how can I help the most people and I really don’t give a crap about these parties and the glitz and the glamour — I want to be down there in the muck helping people and introducing legislation that makes Virginia better.”