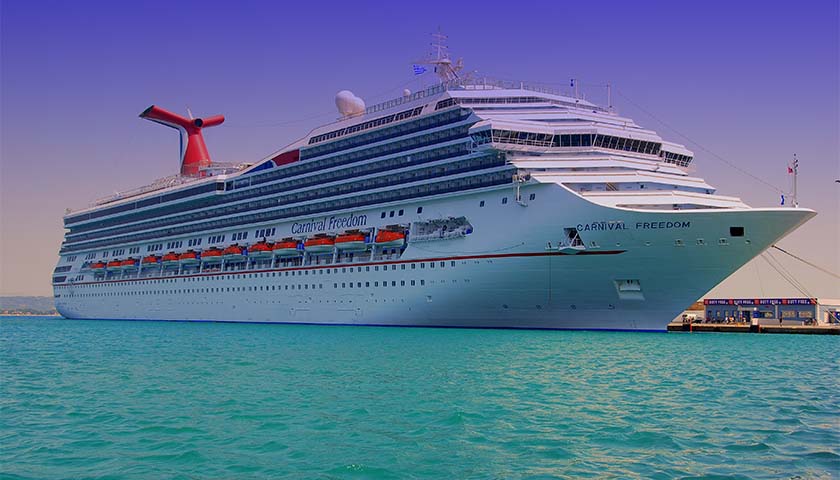 The Centers for Disease Control and Prevention (CDC) is now advising people to avoid going on cruises or cruise ships even if they have received COVID shots. The federal agency made the new recommendations after a recent spike in COVID cases aboard cruise ships.

“It is especially important that travelers who are at an increased risk of severe illness from COVID-19 avoid travel on cruise ships, including river cruises, worldwide, regardless of vaccination status,” the agency said.

The CDC’s recommendations come after the cruise industry resumed operations in Florida last summer after a freeze due to a mandate from the CDC. The cruise industry has been frustrated with the federal government’s heavy-handed approach to their specific industry.

“We’re obviously disappointed at the CDC’s decision to raise the travel level for cruise today—especially given the overwhelming level of effectiveness of cruise protocols that are resulting in significantly lower level of cases on cruise as compared to land,” said Brian Salerno, senior vice president for maritime policy at the Cruise Lines International Association.

The CLIA continued by saying they felt specifically targeted by the CDC.

“No setting can be immune from this virus—however, it is also the case that cruise provides one of the highest levels of demonstrated mitigation against the virus,” the CLIA said. “Cruise ships offer a highly controlled environment with science-backed measures, known testing and vaccination levels far above other venues or modes of transportation and travel, and significantly lower incidence rates than land.”

However, it has been proven that the virus will continue to spread despite whether or not you have received the shots or if you’re wearing a mask.

Anne Madison, a spokeswoman for the industry group also said the recent COVID cases, primarily of the omicron variant, have not been severe in the slightest.

“The majority of those cases are asymptomatic or mild in nature, posing little to no burden on medical resources onboard or onshore,” Madison said.

The State of Florida and the federal government pitted themselves against one another last year after the CDC blocked the entire cruise industry from operating, which the state called unconstitutional.

“[The] CDC cites no historical precedent in which the federal government detained a fleet of vessels for more than a year and imposed comprehensive and impossibly detailed ‘technical guidelines’ before again permitting a vessel to sail. That is, CDC cites no historical precedent for, in effect, closing an entire industry,” said U.S. District Judge Steven Merryday in July.

Florida Gov. Ron DeSantis (R) was vocal in his opposition to the federal government’s overreach.