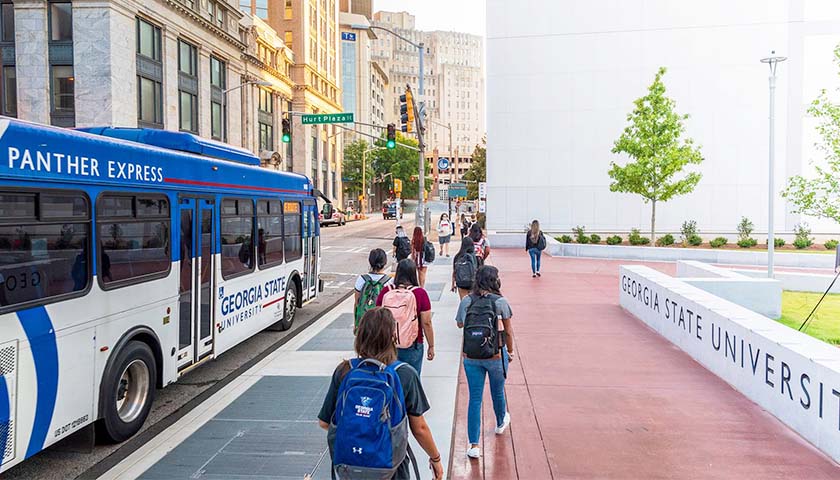 The Virginia-based Campus Reform late last week called out the Atlanta-based Georgia State University (GSU) for using bias reporting tools that enable students, faculty, and staff to report on one another for alleged acts of discrimination.

Campus Reform, according to its website, is conservative and monitors the nation’s higher education system.

“In 2018, a member of the [Panthers] for Black Feminism reported her fellow Black student club, the Black Student Alliance, for alleged ‘Queerphobia.’ According to the Dec. 13 report, a member of the BSA said ‘gay people impede the black family,” Campus Reform reported.

“The report notes that the member in question had already been removed from his or her position, but the student still filed a report against BSA ‘so they are held accountable and so they can be an open space for all black people.’”

Campus Reform said GSU officials did not return their request for comment.

As reported in October, Michigan State University (MSU) provides students with a reporting system to achieve what the school describes as a “safe and supportive environment” for its community members.

The school’s Culturally Inclusive College Sharing System (CIC) is an online submission form allows the university to “track and respond to behaviors and situations that work to support or detract from [its] goals of a safe and supportive environment.”

The form tells students that some protected speech can still warrant a report.

Anything intended to “intimidate, demean, mock, degrade, marginalize, or threaten” their identities, real or perceived, is worth notifying the university about. Actions need not be intended to harm and can do as little as promote a “negative, hostile, or unwelcoming environment for the target.”

Students can specify whether they are requesting the college to act or are simply supplying information to help “track trends and help determine patterns.” The second kind of report also allows students to share good deeds that support diversity and inclusion goals.