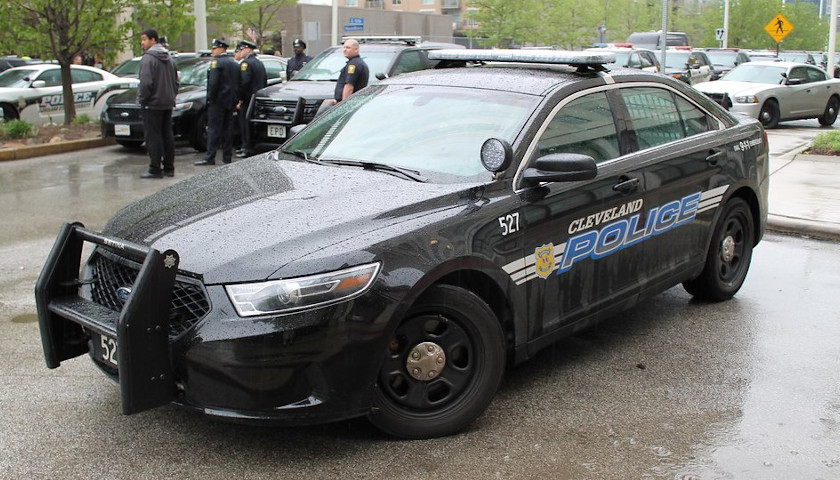 Cleveland’s last homicide in a record-setting 2021 occurred when an off-duty police officer was shot and killed during a carjacking on New Year’s Eve.

“Preliminary investigation indicates that a suspect approached the victim in the parking lot of the apartment building with a gun, a struggle ensued and the victim was shot twice by the suspect,” Cleveland police said in a statement. “The suspect then fled in the victim’s vehicle. The victim was conveyed to Fairview Hospital by Cleveland EMS where he was pronounced deceased.”

The officer, who has been a member of the force since 2019, has not yet been identified.

“Following a multi-jurisdictional police pursuit, the victim’s vehicle was recovered and a male was taken into custody,” according to the police. “Further investigation has resulted in the arrest of additional suspects including a female. Search warrants have been executed in connection with this investigation. Suburban law enforcement agencies are also pursuing additional felony charges.”

According to the latest official tallies,  Cleveland had 165 homicides 2021, and that number is likely to increase as police investigate several more suspected killings.

Mayor-elect Justin Bibb addressed the uptick in homicides in June.

“We have to double down and really do a better job of working with all facets of our community to address the root problems of violent crime that have plagued our city for far too long,” he told WOIO.

Cleveland is not the only Ohio city experiencing an uptick in violent murders.

Last year may have been even worse for Columbus, a city that broke its own homicide record and whose homicide rate increased more than Chicago, as reported in December by The Ohio Star.

“The spike in homicides is not unique to Columbus. The reasons are not simple, and neither are the solutions. Police alone cannot fix it,” Robin Davis, deputy chief of communications to Columbus Mayor Andrew Ginther told The Star at the time. “We approach the problem holistically, across all city departments and with partners outside of the city through the Comprehensive Neighborhood Safety Strategy, as we also try to restore trust between police and the community.”

Pete D’Abrosca is a contributor at The Ohio Star and The Star News Network. Follow Pete on Twitter. Email tips to dabroscareports@gmail.com.
Photo “Cleveland police” by Raymond Wambsgans CC BY-SA 2.0.