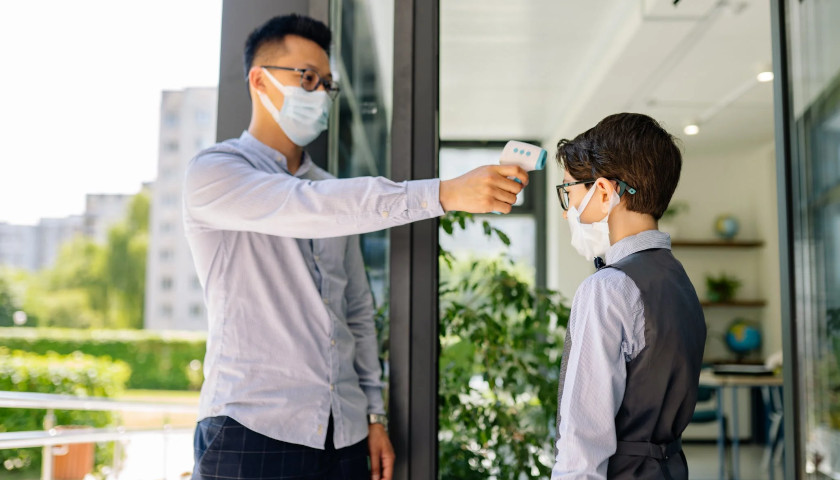 But according to a Thursday email sent to parents from controversial LCPS Superintendent Scott Zeigler, the district will not follow the expert guidance from public health officials.

“Children have far less risk from COVID-19 infection than adults, but there is still risk to some children, especially those with underlying medical conditions,” Zeigler said. “With the uncertainty of long-term effects of infection with COVID-19, the advent of the Delta and Omicron variants and the potential for other variants to arise in the future, it is necessary to have mitigation strategies in place.”

Students will return to school Monday, after their winter break.

According to Zeigler, the school will monitor the transmission of the virus and evaluate the quarantine policy again on January 17. It is possible that the school will adopt the new CDC guidelines “if the data remains favorable.”

Concern has grown among schools at all levels over the rapid spread of the Omicron variant. Thursday, the United States broke its pandemic-long record for cases reported in a single day.

In Loudoun County, cases peaked at 1,062 on December 27, and have been declining since. Thursday, 641 cases were reported. Loudoun County has not seen an uptick in deaths during the Omicron wave.

Despite its quick spread, there is optimism that the this wave of the virus will pass in short order. Omicron is now known as a milder variant than previous variants, and doctors from South Africa where the variant was first reported in late November say the country has surpassed its peak caseload.

Pete D’Abrosca is a contributor at The Virginia Star and The Star News Network. Follow Pete on Twitter. Email tips to dabroscareports@gmail.com.