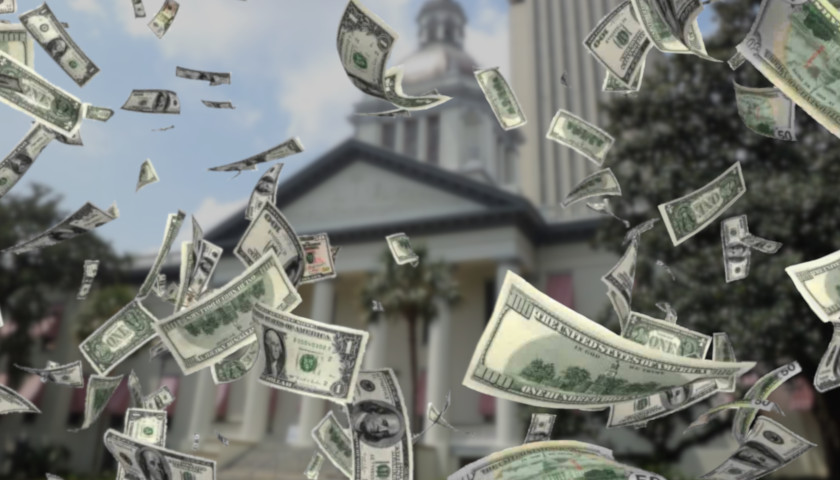 The report comes ahead of the 2022 Florida legislative session which begins in January and is good news for lawmakers, in part, because general revenue plays a critical role in determining the state budget. Also, legislators will start the session on January 11 amid a flood of federal stimulus money. Gov. Ron DeSantis has proposed a $99.7 billion budget that will serve as a starting point for a final spending plan for the fiscal year that will start July 1.

General revenue collections for November 2021 were $398.8 million (13.3 percent) over the estimates adopted by the General Revenue Estimating Conference (GR REC) in August 2021.

The report noted that November collections reflect activity that largely occurred in October, which continued to benefit from the Advance Child Tax Credit payments and redirected spending from the hard-hit service sector.

Almost 74 percent of the total gain came from Sales Tax. All six of the Sales Tax categories were over the estimate for the month.

The report also highlighted a continuing trend of Floridians cutting back on saving money.

State economists stated, “After increasing to a historic peak rate of 33.7 percent in April 2020 from the 7.9 percent for the entire 2018-19 fiscal year, just released personal income data indicated that the personal savings rate was below normal at 6.9 percent for November 2021. This was the second month of subpar savings.”

Inflation was also evident in the collection numbers.

“It is also notable that the Consumer Price Index increased for November, with the all items index for the last 12 months increasing 6.8 percent before seasonal adjustment. This was the largest 12-month increase since June 1982,” said the report.

Steve Stewart is the Managing Editor and a contributor at The Florida Capital Star. Email tips to sstewart@floridacapitalstar.com.
Photo “Florida State Capitol” by Michael Rivera CC 3.0.