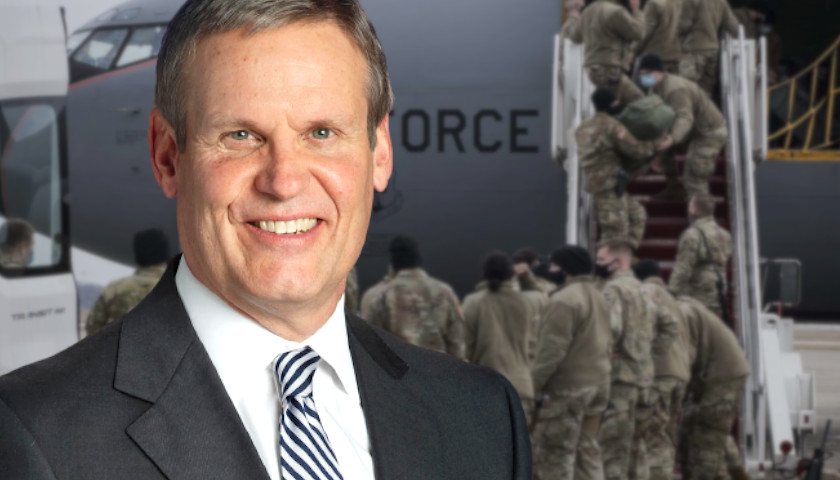 Staff for Tennessee Governor Bill Lee won’t comment on the matter, but State Senator Joey Hensley (R-Hohenwald) said Thursday that members of the Tennessee National Guard should decide on their own whether to vaccinate against COVID-19.

Tennessee National Guard officials said in November that their troops must take the COVID-19 shot or face discharge. This, per a mandate from the U.S. Department of Defense and President Joe Biden.

Hensley serves on the Senate Health and Welfare Committee. Hensley previewed the 2022 session of the Tennessee General Assembly during an interview with The Tennessee Star on Thursday. He said legislators could discuss COVID-19 vaccination mandates, including those that the Tennessee National Guard leadership has imposed.

“I think that vaccines and the treatments will come before the Health Committee in the way of legislation just like everything does in the committees,” Hensley said.

The remaining eight members of the Senate Health and Welfare Committee did not return requests for comment Thursday.

The Star also reached out to the 22 members of the House Health Committee. State Representative Rebecca Alexander (R-Jonesborough) said Thursday that she was unable to comment. State Representative Darren Jernigan (D-Old Hickory) said the forced National Guard COVID-19 vaccinations are not a priority.

“When a person signs up and becomes a member of the Armed Forces they take orders,” Jernigan said.

The remaining 20 members of the House Health Committee did not respond to requests for comment.

Hensley, though, said National Guard troops should have the right to decide what’s best for them.

“Yes, I think the National Guard should be able to make that decision on their own, and the federal government should not mandate it,” Hensley said.

“But that is the way I feel about vaccines in general. The government should not mandate it. If they want to make it a requirement for people who join the National Guard in the future then that’s one thing, but to mandate something while someone is already in the service is not the right way to do it.”

Just the News reported this week that several Republican governors are fighting the National Guard mandate for troops in their respective states. But Governor Lee was not among them.

Members of Lee’s communications team have not responded to repeated requests for comment on the matter.

Chris Butler is an investigative journalist at The Tennessee Star. Follow Chris on Facebook. Email tips to [email protected]
Background Photo “Tennessee National Guard” by The National Guard. CC BY 2.0.