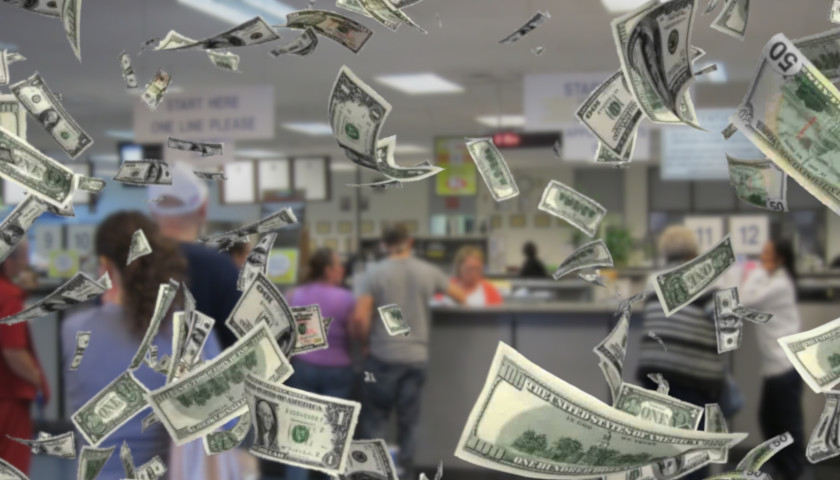 Michigan’s Unemployment Insurance Agency (UIA) paid out more than $8 billion in fraudulent claims from March 2020 to September 2021, according to a new report from Deloitte.

According to the consulting agency, an estimated 10.16 percent of the funds were paid out to individuals “involving likely imposter fraud.” Furthermore, an additional 20.21 percent to people “involving likely intentional misrepresentation fraud.”

The levels presented in the report dramatically outpace past estimates.

“The UIA and the billions they have paid out in fraudulent claims is a massive hit to taxpayers and the credibility of our government under Gretchen Whitmer,” said Eric Ventimiglia, executive director for Michigan Rising Action. “After this $8.5 billion failure, it is hard to believe that Whitmer is capable of getting her state departments back on track.”

Over the past year, the UIA has been the center of criticism for the mismanagement of funds.

The $8.5 billion in fraudulent payments are on top of a report from the state’s Office of the Auditor General, which detailed that the state agency dished out $3.9 billion in overpayments of federal dollars to residents who did not qualify for the funds.

“Governor Whitmer’s team handed out over $12 billion in fraudulent and incorrect unemployment payments. The Whitmer administration wasted these billions while small businesses were forced to shut down, workers lost their jobs, and were unable to get the unemployment they needed and qualified for,” said Tori Sachs, executive director of the Michigan Freedom Fund. “Whitmer was too distracted by raising her national political profile and auditioning for Vice President to worry about suffering caused by her ridiculous orders and ensuring basic competence in her own government.”

“Then to cover up her administration’s failures, Whitmer bought the former director’s silence with a taxpayer-funded hush money parachute. It is incomprehensible how a state agency, on Whitmer’s watch, could recklessly waste more money than the state government spends on its entire general fund budget. In any other job, the leader, in this case Whitmer, would be fired and investigated.”