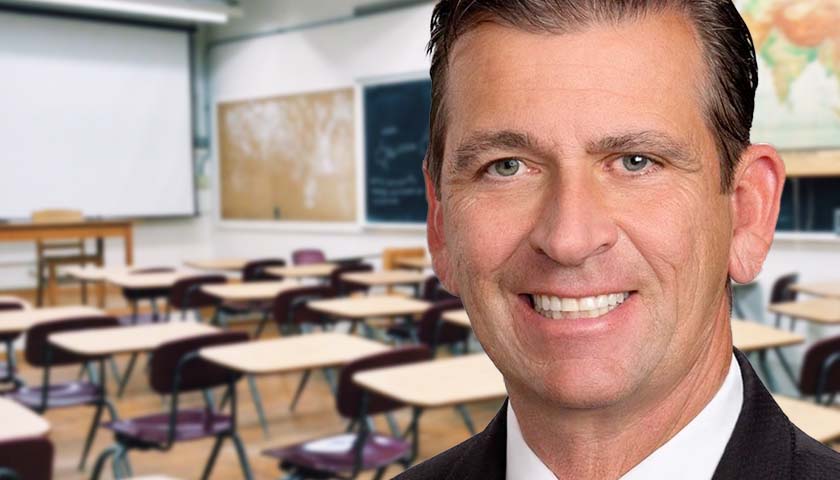 Florida State Rep. Bob Rommel (R- District 106) is sponsoring legislation that would require public school teachers to wear microphones and be video recorded in classrooms. The live stream of the classroom would also become available for public viewing.

The text of the bill also provides stipulations for if there is an interruption in the video feed.

“If there is an interruption in the operation of the video camera for any reason, an explanation must be submitted in writing to the school principal and the district school board to explain the reason for and duration of the interruption,” the bill said. “The written explanation must be retained at the district school board office for at least 1 year.”

The bill also affords the principal of the school an expanded authority over the recorded video.

However, the bill does not provide any ramifications for if the video recording is altered or tampered with by the “custodian” of the video camera, the principal of the school.

The legislation is seemingly in direct response to the numerous education-related efforts Florida Republicans have taken to snuff out aspects of Critical Race Theory (CRT) and indoctrination in the public school system.

“In Florida we are taking a stand against the state-sanctioned racism that is critical race theory,” said DeSantis in an official press release. “We won’t allow Florida tax dollars to be spent teaching kids to hate our country or to hate each other. We also have a responsibility to ensure that parents have the means to vindicate their rights when it comes to enforcing state standards. Finally, we must protect Florida workers against the hostile work environment that is created when large corporations force their employees to endure CRT-inspired ‘training’ and indoctrination.”

The attention to CRT came to a head earlier this year when parents across the United States voiced their concerns over the race-based ideology in viral public school board meetings. As a result, Moms for Liberty, a grassroots parental rights group was launched in Florida to combat “government overreach” and to engage “on key social issues.”

Similarly, Florida State Sen. Joe Gruters (R-FL-23) is proposing a bill that would require the public broadcast of local school board meetings and permit parents to voice their concerns and criticize school board members.