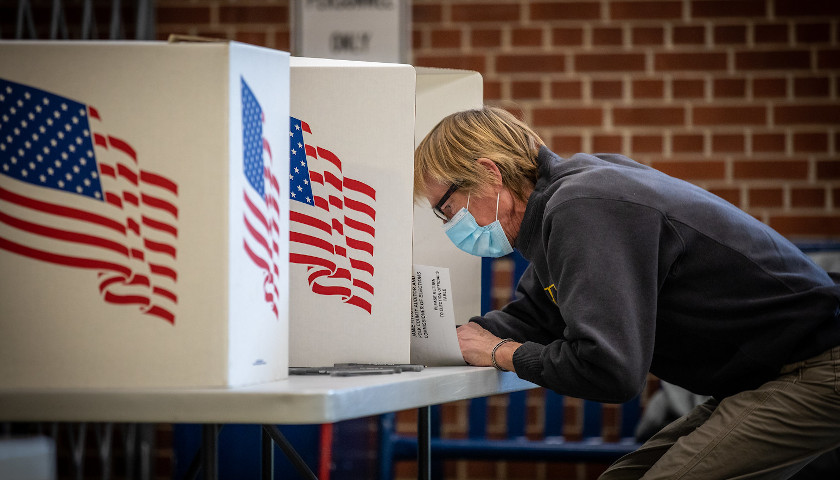 I have a pretty good track record on predictions. In March of 2020, I wrote, “Don’t write off Joe [Biden] . . . it’s clear he will run a close contest against President Trump.” Approximately two weeks into the pandemic, I wrote “If we wait until [there is] no death before we demand a return of our liberty, we will have lost everything to this pandemic.” Also in March of 2020, I wrote that, “The supply interruption of even a couple of months will cause shortages or price increases in items that have a significant effect on the formula for calculating inflation.” In June of 2019, a month before Trump’s Ukraine phone call, I suggested that the Justice Department would use criminal prosecutions to protect Joe Biden from fallout for his son’s shady dealings in Ukraine. I wrote, “If that candidate has the best chance to defeat Trump, should the DOJ deploy its awesome criminal prosecution powers to prevent that information from reaching the eyes and ears of the American electorate?” I was close on that one, the cover came from Congress.

So as we head into 2022, hubris compels me to offer a few—not exactly predictions, but scenarios—that could easily come to pass based upon historical precedent.

1. Just in time for the 2022 midterms, the FBI will announce politically relevant arrests and/or the break-up of a plot.

Just before the 2016 presidential election, the FBI coordinated with the DNC to launch a politically motivated investigation into the Trump campaign. Just before the 2018 midterm election, Special Counsel Robert Mueller announced new indictments of 12 Russian officers which refreshed news stories featuring the Trump/Russia collusion hoax. Days before the 2018 midterms, the media broadcast video of a van plastered with pro-Trump signs belonging to Cesar Sayoc, an FBI arrestee accused of mailing fake pipe bombs to Trump critics. In 2020, the FBI again grabbed headlines, just before the presidential election, with news that it had broken up a plot to kidnap the Democratic governor of Michigan by a group that Democrats accused of being Trump supporters. So yes, I’m predicting it will happen again in 2022.

2. Expect a taper tantrum on steroids.

The Federal Reserve continues to print money to buy U.S. Treasuries in contravention of conventional economic theory. Virtually every economist agrees that this “quantitative easing,” should be done to fight deflation and curtailed immediately when inflation reaches unacceptable levels. This is obvious and intuitive to anyone who has not had his common sense surgically removed by professors espousing modern monetary theory. In 2013, bond markets reacted violently when the Fed cut, or “tapered” bond purchases as it attempted to wind down the response to the 2008 great recession. There’s every reason to believe that the reaction will be even more violent in 2022, based on the fact that the Fed may need to actually reverse the bond-buying program to begin selling bonds just to fight inflation.

3. A scandal involving Kamala Harris and/or her husband.

It’s becoming difficult to find anyone who likes the vice president and supports her. Indeed, rumors abound that within the White House, her own staff continues to abandon her as palace infighting between Harris and the first lady continues to heat up. Many suspect the White House is actively engaged in a whisper campaign against the vice president. This, in my opinion, is a precursor to a more tangible move to force her to resign. The vice president is an elected position and the president cannot fire the incumbent. Further, the spectacle of an impeachment and conviction process would completely paralyze the White House’s agenda for months, if not years. Resignation is the only option if the Biden camp wants her gone before 2024. The only way to do that is through a scandal so shocking that she resigns to stop the heat.

In April of 1916, inflation was at six percent. The next year it reached 20.4 percent. In June of 1946, inflation was at 3.3 percent. By November of 1946, it had spiked to 18.1 percent. In just one year between February of 1973 and the outset of 1974, inflation rose from 3.9 percent to 10 percent. When Joe Biden assumed office in January 2021, inflation was just 1.4 percent. It has since more than quadrupled to 6.2 percent. It’s almost unreasonable to think that inflation won’t double again in 2022 as the Fed is completely unable to access the traditional inflation-fighting tool of raising interest rates without bankrupting the treasury. Unchecked, inflation can easily double, triple, and even quadruple in a matter of months. The Fed’s response, to begin the process of slowing the amount of new money it dumps into the economy, will be too little, too late. Either we have a major recession next year, or inflation will catch fire.

While it seems as though we are always “just about to turn the corner” on COVID-19, the ordeal continues to grind on, month after month. The “flatten the curve” strategy, in some respect, has backfired by allowing variants to mutate giving us the even-more-deadly Delta virus. The United States has now suffered more COVID-19 deaths in the months after vaccines were available than in the same period before. Americans of all political stripes are resisting social controls aimed at slowing the spread, as many of these measures, such as wearing a mask for a short walk to a restaurant table, are clearly symbolism over substance. Meanwhile, the Wuhan Institute of Virology is now experimenting with the HIV virus.

Adam Mill is a pen name. He is an adjunct fellow of the Center for American Greatness and works in Kansas City, Missouri as an attorney specializing in labor and employment and public administration law. He graduated from the University of Kansas and has been admitted to practice in Kansas and Missouri. Mill has contributed to The Federalist, American Greatness, and The Daily Caller.