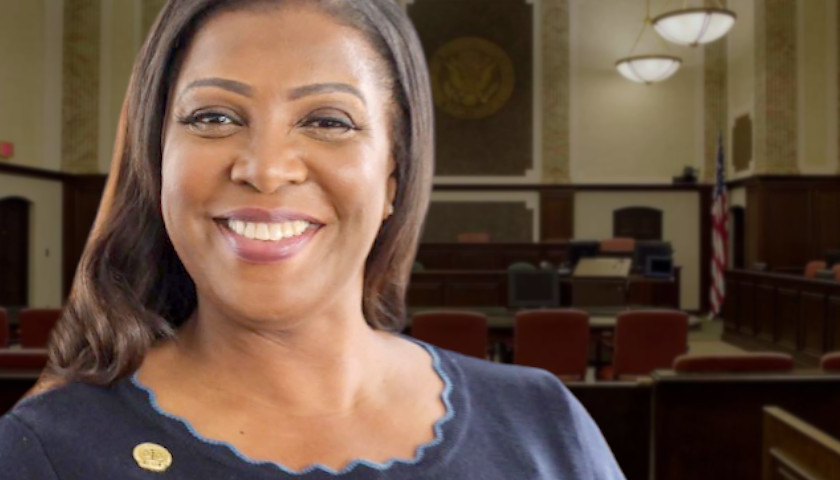 This past year, the Arizona Legislature passed a law banning the abortion of babies for reasons of genetic abnormalities such as Down Syndrome, but a federal judge who was appointed by President Barack Obama halted it from going into effect due to a legal challenge. Democratic New York Attorney General Letitia James and 22 other attorneys general jumped into the litigation, filing an amicus brief supporting the challenge to SB 1497, which is also known as the “Reason Ban.”

James stated, “Arizona is just the latest in the long line of conservative-led states that are seeking to impose their will on millions of women with laws that aim to control our bodies, our choices, and our freedoms, but we will never stop fighting them. We’re asking the appeals court to uphold the lower court’s decision and strike down this unconstitutional law.”

The law makes it a felony for an abortion provider to perform an abortion for solely the reason that the baby has a genetic abnormality.

The brief relies on the argument that Roe v. Wade prohibits banning abortions during the first trimester, when fetuses are allegedly not viable. However, the U.S. Supreme Court may be revisiting this precedent in a challenge to Texas’s new law allowing lawsuits against those assisting with abortions after six weeks – which occurs during the first trimester. SCOTUS has not put a hold on Texas’s Senate Bill 8 in Whole Woman’s Health v. Jackson.

SCOTUS may also uphold Mississippi’s new law prohibiting abortions after 15 weeks, which is during the first trimester. The court heard oral arguments over Dobbs vs. Jackson Women’s Health Organization on December 1.

Based on those developments, Arizona Attorney General Mark Brnovich asked SCOTUS to reinstate the law earlier this month. He pointed out that Arizona has banned race- and sex-selective abortions for a decade.

James’ brief claims Arizona’s law will “increase a woman’s risk of poorer health outcomes, including maternal mortality, and exacerbate disparities in access to care, especially for low-income women and women of color in the State.”

Arizona maintains that the Reason Ban is an anti-discrimination ban intended to protect the disability community. James and the other amicus curiae “agree with Arizona that States have a strong interest in combating discrimination against persons living with disabilities.”

James has a long history of supporting abortion. She has participated in numerous other amicus briefs in other lawsuits against states over their abortion laws, including in Indiana, three In Texas, two in Mississippi, three in Tennessee, South Carolina, two in Arkansas, Louisiana, Alabama, Oklahoma, Missouri, and Kentucky.

She’s called for New York to provide funding for women from states with more restrictive abortion laws to travel to New York for abortions, took action against pro-life protesters at New York abortion clinics, sued the Trump administration over a rule regarding abortion coverage under the Affordable Care Act and over a rule restricting health care providers that receive certain federal funds from counseling or making referrals for abortion.

A Rasmussen Reports survey from September found that 46% of likely U.S. voters support Texas’s new abortion law, while 43% oppose it. A Harvard CAPS-Harris Poll survey from December found that a majority of Americans support moving the viability threshold to 15 weeks gestation.