Gov. Brian Kemp Attracts Criticism After He Tells Georgians He Did What He Promised to Do 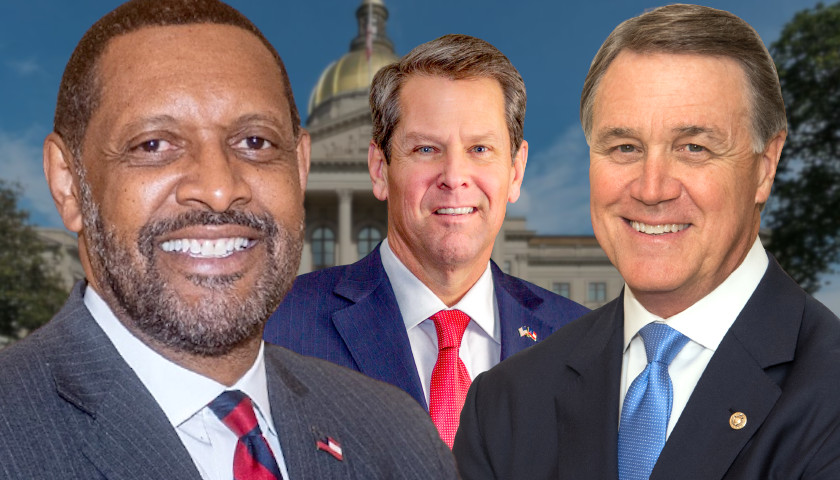 Georgia Governor Brian Kemp, up for reelection next year, released a campaign ad on Wednesday and told voters he has done everything he said he would do during his first term.

Kemp, in his ad, promised great things in a second term.

“I tell people every day I more firmly believe now than I ever have that we live in the greatest state in the country, where we live, work, and raise our families, just me fulfilling my commitment,” Kemp said.

“What Georgians want, especially in a global pandemic, with polarizing times that we’ve seen, they just want people who will do what they said they would do. And that is what I am doing.”

Staff for former Republican U.S. Senator David Perdue, who declared his candidacy for governor this month, said Georgians “don’t need a governor who will go along to get along.”

“We need a governor who will make waves to get things done,” said Perdue spokeswoman Jenni Sweat in a phone call with The Georgia Star News.

“David Perdue is a bold conservative, and as governor, he will put parents in charge of their children’s education, crack down on lawlessness and crime, fight back against President Biden’s overreaching mandates, and ensure the safest and securest elections in the country.”

Jones told The Star News on Wednesday that Kemp “has been absent from being a leader.”

“He has not led in the fight against Covid. He needed the legislature to craft legislation concerning the election rather than call a special session to solve and examine the problem from the outset,” Jones said when reached by phone Wednesday.

“Leadership is a trait found in men of courage not politicians with empty shotguns.”

Kemp spoke to members of the state GOP at their convention in Jekyll Island in June, but few people in the crowd of about 2,000 heard what the governor had to say.

That’s because so many people in the room drowned Kemp’s words out with almost-deafening boos.

State legislators pushed Kemp last year to call a special legislative session before the January U.S. Senate runoff elections. The special session did not happen. Had such a special session occurred then state legislators likely would have addressed the appointed presidential electors and the implementation of laws limiting voter fraud in the general election runoff.

Kemp also would not use his authority to change the date of the state’s two U.S. Senate elections from January 5 to February 1 of this year. Moving back the date might have given members of the Georgia General Assembly additional time to coordinate and develop ways to prevent potential election fraud. Democrats Raphael Warnock and Jon Ossoff defeated incumbent U.S. Sen. Kelly Loeffler (R-GA) and Perdue, respectively.

Republican officials in two Georgia counties in April formally censured Kemp on the grounds that he betrayed Trump last November.