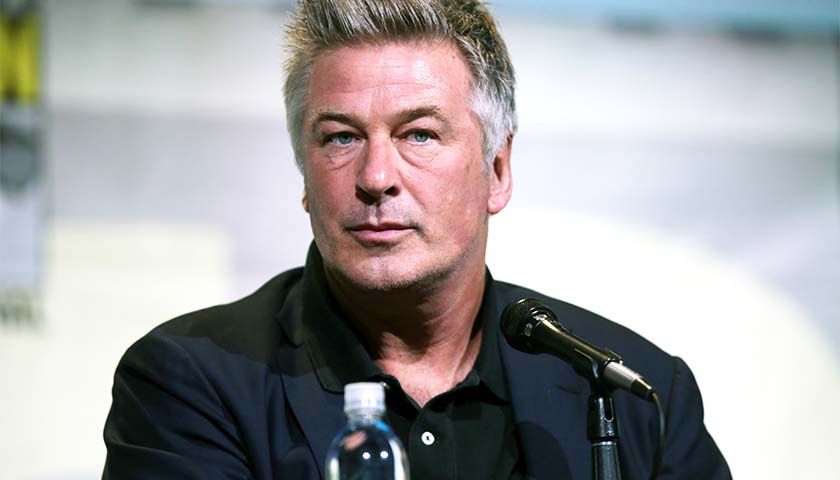 Despite the triumph of President Joe Biden’s inauguration, liberal celebrities didn’t get much happier in 2021.

It began with Donald Trump refusing to concede that he lost the presidential election. A year ago, one actor engaged in violent fantasies over this stubborn resistance to the facts. “Who arrests Trump if he refuses to concede? Who drags him out? Pepper spray? Cuffs?” That sounds like an action movie.

But then it turned threatening: “A knee on his neck, cutting off his oxygen? Does he wheeze ‘I can’t breathe'(?) Just whale away on him like a pinata? Rodney King style? The thug who has destroyed the country. What does he deserve?”

Which actor wanted to suffocate and beat Trump senseless? Why, Alec Baldwin, the accidental film-set killer. This is the same Hollywood hothead who fantasized about killing Dick Cheney with the corpse of Osama bin Laden. Somehow all of this rage never came up in his violins-and-handkerchiefs interview with friendly George Stephanopoulos on ABC.

Want to keep up with the 24/7 news cycle? Want to know the most important stories of the day for conservatives? Need news you can trust? Subscribe to The Daily Signal’s email newsletter. Learn more >>

Twitter provides a lot of this left-wing excess. Anyone opposing abortion is a monster. Take author Stephen King, for example, who tweeted in September, “The Taliban would love the Texas abortion law.” There’s also the typical Cher tweet screeching about “barefoot and pregnant women, at the mercy of tyrants”—but all in capital letters because Cher loves the primal-scream tone.

Sometimes this nonsense pops up in the celebrity bubble of late-night TV. Actor Bradley Whitford insisted on Stephen Colbert’s show on CBS that Congress needed to pass HR 1, the bill that would ban voter-ID requirements and other anti-fraud measures. “Without that, you know, I’ll see you in the internment camp,” he told Colbert. He wasn’t kidding. “Negotiating with a party that worships an insurrectionist feels really close, to me, to negotiating with terrorists.”

These leftists despise Fox News. Screenwriter and director Aaron Sorkin said, “There is something lethal that’s wrong with Fox News,” as opposed to CNN or MSNBC or The New York Times. “I recognize there might be a liberal tone to it, but they don’t lie. They don’t make things up.” Dan Rather didn’t lie? New York Times reporter Jayson Blair didn’t make things up?

Rock singer David Crosby really ranted in an interview with The Daily Beast. “Rupert Murdoch should be taken out and shot. The people on Fox are doing great harm to the human race,” he said.

Celebrities were thrilled that Biden would bring unity and sanity and civility to politics—because they’re absolutely incapable of doing so.

Some celebrities switched from anger to what sounded like a drug-induced euphoria. Michael Moore offered a factually deprived summary of the Afghanistan withdrawal fiasco under Biden: “I’m still flabbergasted that he pulled this off with such grace and precision and safety.” That mysteriously ignored the 13 U.S. service members killed by a suicide bomber outside the Kabul airport, and the errant drone strike in Kabul that killed 10 civilians, including an aid worker and seven children.

In a year of increasingly shameless robberies of businesses in big cities, multimillionaire “Sex and the City” actress (and losing political candidate) Cynthia Nixon was upset they were locking up the laundry detergent at CVS drugstores. “I can’t imagine thinking that the way to solve the problem of people stealing basic necessities out of desperation is to prosecute them,” she tweeted.

So, it’s unreasonable (or not compassionate) to treat robbery as a crime. Perhaps victimized merchants would suggest solving this shameful wealth inequality by volunteering Nixon’s address for a thorough housecleaning.

It’s celebrity freakouts such as these that underline America’s rich and famous actors could be nominated for the award “Most Likely to Sound Out of Touch.”