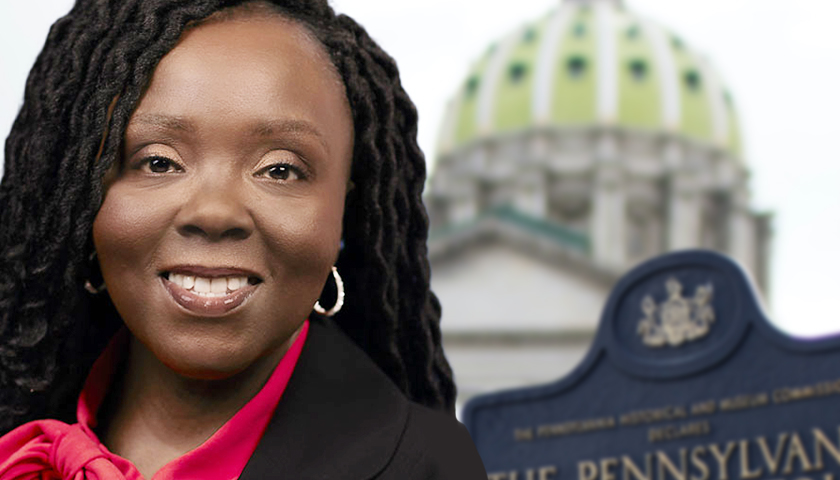 Petitioners have complained of an impasse between the Gov. Tom Wolf (D) and the GOP-led General Assembly on creating new districts and Degraffenreid’s attorneys have suggested agreement on the plaintiffs’ suggestion that Pennsylvania’s high court must finally decide.

The original petition filed by 16 Pennsylvania residents noted that the state’s population changes must result in its current 18-member congressional delegation losing a member next year. Plaintiffs want the state judiciary to impose a new congressional map in light of the governor and legislators’ certain failure to agree on one before the year ends, breaching the timetable insisted on by the Pennsylvania Department of State.

“Although Pennsylvania’s General Assembly and its Governor have now had months to attempt to reach compromise on a congressional plan, they have not done so,” the initial complaint read. “They are not even in agreement over basic criteria: shortly after Governor Wolf explicitly identified the criteria that any congressional plan would need to meet in order to receive his signature, the General Assembly released a plan violating those criteria.”

The Keystone State has ventured down a similar path before. In early 2018, a majority of state Supreme Court justices not only said that the 2011 map drawn by GOP legislators and signed by Gov. Tom Corbett (R) emerged from partisan gerrymandering but that the court itself would need to impose a new map of its own. Plaintiffs in the current redistricting lawsuit are basing their argument in part on that earlier decision.

Democrats predominate on the state Supreme Court now as they did in 2018. Thus any action by that judicial body to reshape federal lawmakers’ districts will likely elicit the same Republican indignation that erupted when justices produced a map to Democrats’ advantage four years ago. That does not appear to faze Degraffenreid or Jessica Mathis, director for the Pennsylvania Bureau of Election Services and Notaries, who is also a respondent in the present litigation.

“If a new congressional map is not legislatively enacted in the very near future, it will be necessary and appropriate for the Pennsylvania judiciary to implement one,” counsel for Degraffenreid and Mathis wrote.

Whatever concern plaintiffs have about the process’s standstill in Harrisburg, partisanship among the 16 people who filed the lawsuit leans decisively one way. According to searches of the campaign-finance database at opensecrets.org, at least 10 of those litigants have donated money to Democratic campaign committees, including Wolf’s, Lt. Gov. John Fetterman’s and others’. One plaintiff, Mary Ellen Balchunis, herself unsuccessfully ran as a Democrat for Congress in 2016 against then-7th-district incumbent Republican Pat Meehan.

Additionally, the state House’s proposed plan would bestow a marginally more conservative district on Rep. Brian Fitzpatrick (R-PA-01) who has held precariously onto his Bucks County-based (formerly 8th) district since initially winning it in 2016.

The districts shown on the map passed by the House committee are significantly more compact than either of the legislature-drawn plans that went into effect either in 2002 or 2012. (Lawmakers take up redistricting once every decade in response to new U.S. Census data.) House Republicans have largely rallied behind Holt’s map and have celebrated the fact that it originated from the work of a private citizen.

“The only thing better than a citizen-drawn map is a citizen-drawn map that incorporates the feedback of citizens all across our Commonwealth,” House State Government Committee Chairman Seth Grove (R-York) said in a statement after the slightly modified plan passed. “The minor adjustments made to the preliminary plan reflect changes that were important to Pennsylvanians.”