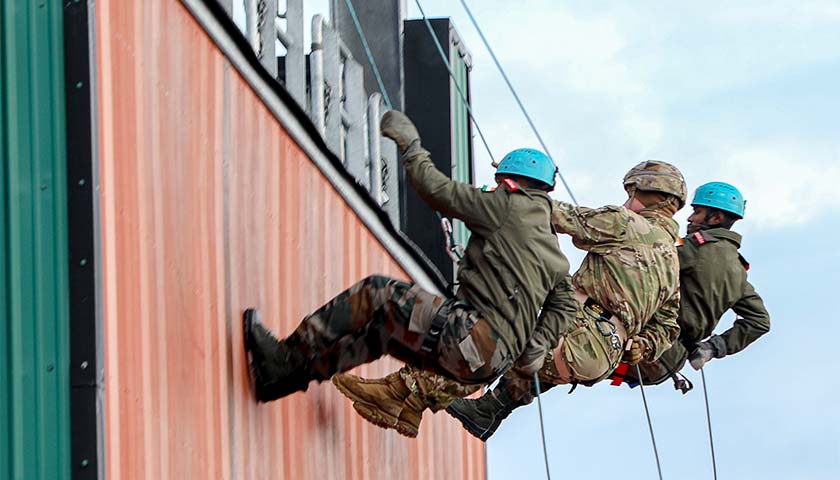 In an attempt to create an alternative to prison time for low-level criminal offenders, Florida Senator Darryl Rouson last week proposed a bill (SB 1356) identical to the bill filed in September (HB 187) that would allow offenders to enlist in military service rather than face incarceration.

The option to enlist in lieu of going to prison is only eligible for first-time criminal offenders who are ages 25 or younger, whose primary offense is a misdemeanor, and whose sentencing for imprisonment is no more than four years.

In order to fulfill the requirements involved in opting for the military service sentencing instead of prison time, an offender must achieve a minimum acceptable score on the Armed Services Vocational Aptitude Battery (ASVAB) test, then successfully complete basic training and his or her first term of enlistment.

As for fees and court costs attributed to an offender’s sentencing, he or she must satisfy all fines and other financial obligations imposed for the offense by the completion of his or her first term of enlistment. If an offender fails to complete any of these requirements, they will be ordered to return to the sentencing court to be re-sentenced.

The two bills will be reviewed during the upcoming legislative session that starts on January 11th. Even if they are approved, the branches of the U.S. Armed Forces are not obligated to accept a court’s ruling to allow an offender to forgo prison time, and can deny an offender’s enlistment if they see fit.

For example, in the Army’s recruiting regulations, it states that “any applicant who, as a condition for any civil conviction or adverse disposition or any other reason through a civil or criminal court, is ordered or subjected to a sentence that implies or imposes enlistment into the Armed Forces of the United States is not eligible for enlistment.”

As for the Marine Corps, its regulations state that “applicants may not enlist as an alternative to criminal prosecution, indictment, incarceration, parole, probation, or another punitive sentence.”

The Navy and Coast Guard are the only two branches that do not have specific provisions in its recruiting regulations that denies enlistment for criminal offenders who were sentenced by a judge. However, they both are directed by a “general protocol” that does not accept applicants who are seeking service as an alternative to a criminal sentence.