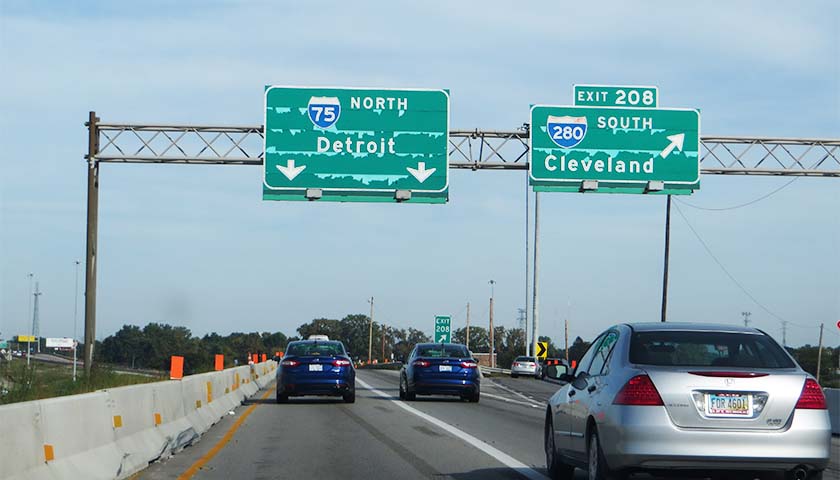 In a year, Ohio’s highway system fell from consideration as one of the best in the nation to average, based on a recently released report from the Reason Foundation.

The state ranked 13th in the nation a year ago in the report that analyzes overall cost-effectiveness, along with condition, fatality rates and time spent commuting. It remains above average, however, coming in at a 24th ranking in the nation in the most recent report.

“To improve in the rankings, Ohio needs to reduce its administrative disbursements or have those costs translate into better system performance. The state’s disbursements are three times higher than Ohio’s peer states. The state also needs to improve its urban arterial pavement condition,” said Baruch Feigenbaum, lead author of report and senior managing director of transportation policy at Reason Foundation. “Ohio’s administrative costs have increased significantly from the last report. The state’s three fatality rates have increased slightly as well.”

Administrative disbursement translates into general and main-office money spent per mile. It does not include project-related costs, but it does include money waiting to be spent.

Ohio’s best rankings came in the time commuters spend stuck in traffic, which ranked 11th at 5.68 hours. It also ranked well with a low-fatality rate, but poorly with the condition of urban pavement overall and urban interstate pavement quality.

According to the report, Ohio ranked as the best large population state – one with a population of 10 million or more – but this year North Carolina, Georgia and Texas all passed the state. The report points to an 129% increase in costs per lane-mile as the reason.

“This could represent a large increase in personnel or be parked funds (revenue used for a multi-year project). Regardless, it is a large increase and the biggest factor in Ohio’s decline in the rankings,” the report reads.

Ohio is one of only four states that fell in the rankings, joining South Carolina, New Mexico and Michigan.

The Buckeye State does rank ahead of neighbors Michigan, Indiana and Pennsylvania but is significantly worse than fourth-place Kentucky.

J.D. Davidson is a veteran journalist at The Center Square with more than 30 years of experience in newspapers in Ohio, Georgia, Alabama and Texas. He has served as a reporter, editor, managing editor and publisher.
Photo “Junction of Interstate 280 and Interstate 75, Toledo, Ohio” by Ken Lund. CC BY-SA 2.0.