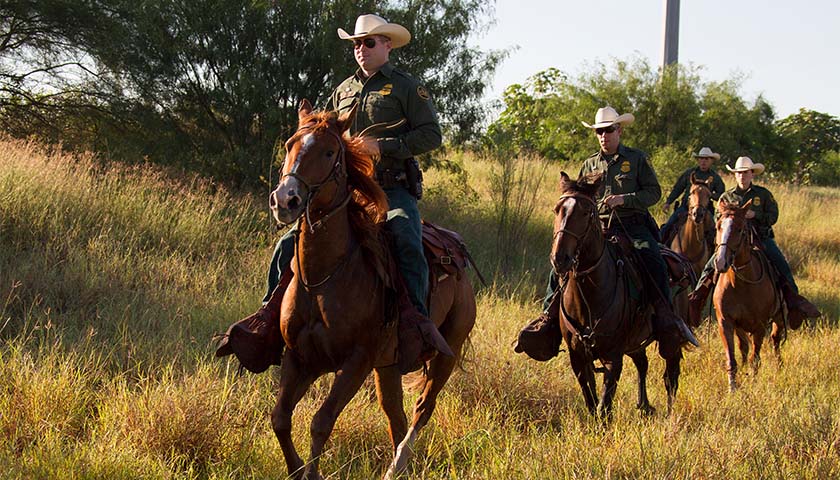 A coalition of far-left pro-amnesty groups has filed a lawsuit against the United States Border Patrol, reviving the debunked hoax that horseback agents were seen “whipping” illegal aliens back in September, Breitbart reports.

The lawsuit claims that the Border Patrol has demonstrated “physical abuse, racial discrimination, denial of basic necessities and medical treatment, and a complete failure to process asylum claims.” The only proof offered by the suit is the handful of photographs taken from the incident in September, which was debunked by the photographer himself as instead being captured in the moment that horseback agents were spinning their reins around in an effort to keep illegals away from their horses, rather than actually whipping them.

Nevertheless, the lawsuit doubles down on the debunked claim that agents “lashed at [one Haitian migrant] with split reins.”

CZI, founded by Facebook founder Mark Zuckerberg and his wife Priscilla Chan, focuses on making “grants to organizations working in support of our missions in Science, Education, and Justice & Opportunity.” To this end, CZI has given out well over $2.9 billion in grants to various far-left advocacy groups. Haitian Bridge Alliance alone received three different grants from CZI in 2020, first being awarded $100,000 for “general operating support,” followed by another $20,000 “for COVID-19 rapid response funding,” and then $50,000 in “responsive equity work centering black migrants and asylum-seekers.”

The case, filed in the U.S. District Court for the District of Columbia, is Haitian Bridge Alliance v. Biden.