Commentary: The Brain May Use a Ton of Energy Because It’s ‘Leaking’ 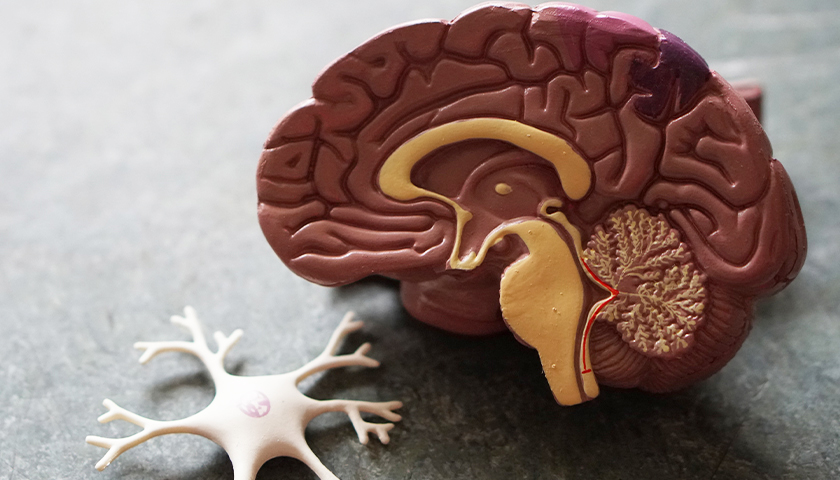 Your brain may be leaking … energy, according to a new study that may explain why your noggin consumes 20% of the energy needed to keep your body running.

The study researchers found that tiny sacs called vesicles that hold messages being transmitted between brain cells may be constantly oozing energy, and that leakage is likely a trade-off for the brain being ready to fire at all times, according to a new study published Dec. 3 in the journal Science Advances.

Scientists previously assumed this energy suck had to do with the fact that the brain is electrically active, which means that brain cells, or neurons, are constantly firing electrical signals to communicate, a process that burns large amounts of an energy molecule known as adenosine 5′-triphosphate (ATP).

But over the past couple of decades, clinical studies showed that the brains of people who were in a vegetative state or coma, meaning very minimal electrical brain activity, still consumed massive amounts of energy, Ryan told Live Science. So neuroscientists were faced with a conundrum: If electrical activity isn’t using up all the energy in the brain, what is?

In recent years, Ryan and his team have been researching junctions in the brain called synapses, where neurons meet and communicate by launching tiny vesicles packed with chemical messengers called neurotransmitters.

They previously showed that active synapses use up a lot of energy. But in a new study, in which they inactivated rat neuron synapses in lab dishes with a toxin and then measured ATP levels inside the synapses, the team realized that synapses consumed a lot of energy even when neurons weren’t firing.

To figure out why, they knocked out various pumps on the surfaces of the tiny vesicles that move neurotransmitters and other molecules in and out, and so deprived synapses of fuel. They imaged the synapses using a fluorescent microscope and figured out how much ATP the synapse had burned.

They found that a “proton pump” was responsible for about 44% of all the energy used in the resting synapse. When they dug further, the researchers discovered that the proton pump had to keep working, and burning ATP, because the vesicles were always “leaking” protons.

Inactive synapses prepare to launch these vesicles at a moment’s notice by pre-packing them with neurotransmitters.

They do that with the help of another pump that sits on the surfaces of the vesicles. This type of pump, called transporter proteins, change shape to carry neurotransmitters inside and in exchange, they grab a proton from inside the vesicle, change shape again and spit the proton out of the vesicle. For this process to work, the vesicles must have a higher concentration of protons inside than in its surroundings.

“So we discovered what is sort of an inefficiency in it,” Ryan said. The leakage is small, but if you add up trillions of leakages together, that “ends up being quite a large expense even without any electrical activity.”

The studies were conducted using rat neurons in the lab, but “the machinery involved is incredibly well conserved” between rats and humans, so the findings would very likely hold true for human brains as well, Ryan said.

It’s not clear why our brains evolved to have this leakage, but the easy shape change is likely a trade-off for vesicles to quickly be able to pack neurotransmitters, he said.

Just imagine how quickly you can accelerate if you had a car idling at all times at a high rev rate, but how much fuel you’d waste, he added. “Maybe the price of keeping synapses at the ready was what seems to be an inefficient use of energy.”

Ryan and his team hope that the findings may help not only in the fundamental understanding of the human brain, but also clinically. For example, the discovery could lead to a better understanding and treatment of certain diseases, such as Parkinson’s, in which the brain may not have enough fuel to make ATP.

In that case, “you’re talking about a car idling [and] you cut the gas line,” Ryan said. You’re “really going to have a problem.”