Commentary: Scientists Discover the First Millipede with More Than 1,000 Legs 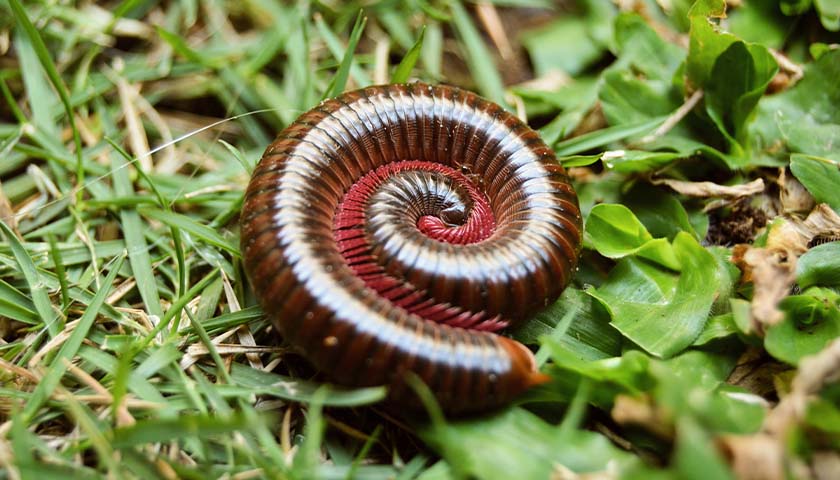 Ever since humans gave millipedes their name, the leggy arthropods have had a ‘false advertising’ problem. The prefix “milli-” refers to a “thousand,” while “pede” means feet, yet no millipede had ever been found with more than a thousand legs.

Until now, that is.

Announcing their discovery in the journal Scientific Reports, a team of American and Australian scientists describes a millipede with 1,306 legs, firmly trouncing the previous record holder, which only mustered 750. Eumillipes persephone was spotted sixty meters below ground in a drill hole created for mineral exploration in the Goldfields region of Western Australia.

The pale, cream-colored animal measures about a millimeter wide and extends up to ten centimeters long. It lacks eyes (an emblematic trait for creatures that dwell deep underground), has a distinctive cone-shaped head with plump, girthy antennae, and is adorned with an almost bird-like beak for feeding. Like a few other millipedes, E. persephone likely feeds on fungi in the soil. 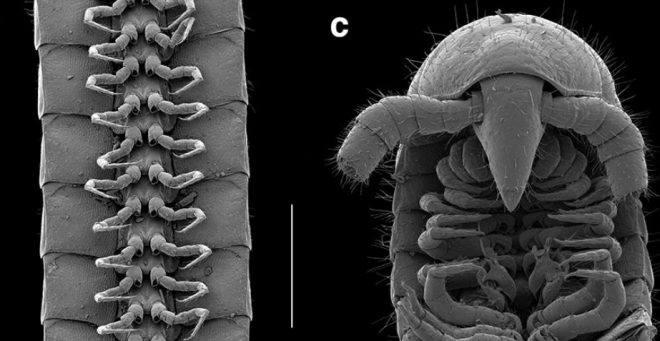 E. persephone‘s discovery extends millipedes’ lead over centipedes’ in their competition for the title of “leggiest”. The most-legged centipede has 382.

Number of legs isn’t the only way millipedes and centipedes differ. As explained by the Carnegie Museum of Natural History, “Millipedes have two sets of legs per segment positioned directly under their body. Centipedes have one set of legs per segment positioned on the side of their body.” Centipedes also have venom, which they use to kill and eat insects, while millipedes lack venom and predominantly feast on decomposing plant matter. Lastly, centipedes are mostly flat while millipedes are more rounded.

The researchers only found eight E. persephone specimens between Spring 2020 and Winter 2021, and they fear that the species may already be endangered. “Threatened by encroaching surface mining, documentation of this species and conservation of its habitat are of critical importance,” they write.

Ross Pomeroy is a contributor to RealClearScience.