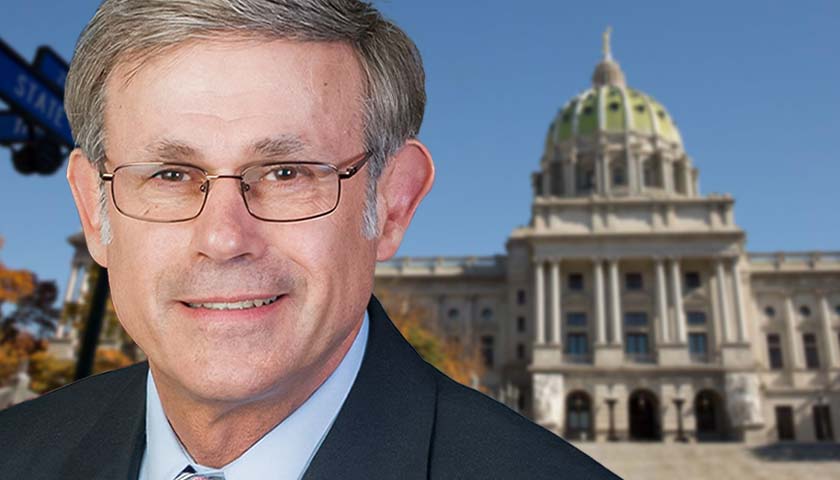 Pennsylvania State Rep. David Zimmerman (R-East Earl) this week proposed a measure enabling prosecution of those who kill or injure an unborn child while committing a non-homicidal crime against the mother.

Current law only allows murder charges for killing an unborn human when the perpetrator is also charged with murdering that child’s mother. Criminal acts against an expecting mother causing a pre-born child’s death that Zimmerman’s legislation would cover include assault, fatal drug delivery and reckless endangerment, according to a memorandum to Pennsylvania House members.

The representative also wants to adjust how the commonwealth’s Judicial Code defines an “individual” so that the relatives of an unborn child who died because of a defendant’s negligence or aggression may seek criminal damages.

Zimmerman’s proposal, which he is currently asking fellow representatives to cosponsor, meets a longstanding concern for some who have dealt with such offenses either personally or as law-enforcement professionals.

“Laws like these address the problems I faced as a deputy attorney general when I prosecuted a vehicular homicide that resulted in the death of a mother and her eight-and-a-half-month unborn child,” Janice Martino-Gottshall, senior counsel at the nonprofit Pennsylvania Family Institute, told The Pennsylvania Daily Star. “In that tragic case, there was no justice for the unborn child.”

Federal lawmakers have attempted to accord rights to unborn victims of aggression against expecting mothers, enacting the Unborn Victims of Violence Act (UVVA) in 2004. That act has not, however, tended to help those seeking justice where crimes adjudicated on the state level are concerned.

“It is typical to have similar or overlapping statutes on the state and federal levels,” Martino-Gottshall said. “Most criminal acts are prosecuted in state court under state statutes. Therefore, a federal statute could not be used in those cases—only a state crime could be charged.”

In Congress, support for UVVA was largely split between pro-life and pro-abortion members, despite the law’s stipulation that it not be construed as restricting abortion. Yet not all laws concerning the rights of the unborn not to endure violence have been as controversial. The 2008 Pennsylvania statute defining homicide charges against murderers whose action results in both the mother’s death and her child’s passed the General Assembly unanimously and was signed into law by Gov. Ed Rendell (D), who was never an ally of pro-lifers.

Martino-Gottshall said current Pennsylvania law on the murder of unborn persons and the kind of expansions sought by Zimmerman cannot be used to limit abortion and mean a great deal even to some who don’t label themselves as pro-life.

“Justice for unborn victims is not only an issue for pro-life Pennsylvanians but also for every parent who has experienced their unborn child’s life taken by a criminal act,” Martino-Gottshall said.

While Zimmerman’s bill could possibly prove welcome among those with varied views on abortion, the representative has called for separate measures that would address the latter issue directly. He is a cosponsor of a bill to require a physician to determine whether a child whose abortion is anticipated has a heartbeat and to desist from performing the procedure in that case. He has also cosponsored legislation, which has passed the House and the Senate Health and Human Services Committee to forbid the performance of any abortion solely on the basis that a doctor diagnoses potential Down syndrome.

Despite Gov. Tom Wolf (D) having vetoed pro-life legislation in the past, Zimmerman has urged legislators pursuing such restrictions to remain steadfast.

“I think we need to keep coming back” after vetoes, he told the Pennsylvania Catholic Conference after pro-life lawmakers performed well in the 2020 state elections. “Our members are with us; we need to keep working on good legislation like this.”