Over 160 Mediterranean Migrants Drowned from Shipwrecks in One Week 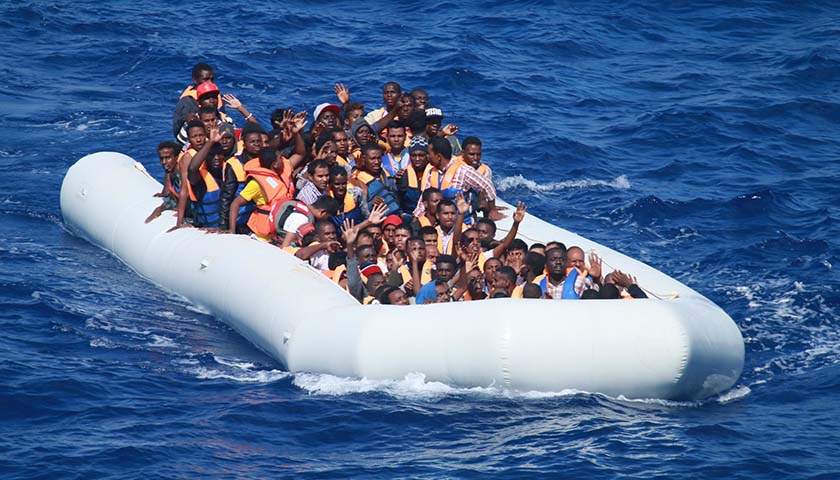 Two shipwrecks in the Mediterranean Sea resulted in more than 160 Europe-bound immigrants drowning over the weekend, according to the U.N.’s International Organization for Migration, the Associated Press reported.

At least 102 people died in a shipwreck off the coast of Libya on Friday, while 8 were rescued, a spokesperson for the International Organization for Migration said, the AP reported. The Libyan coast guard reportedly found at least 62 bodies after a separate boat capsized Saturday, and it intercepted a third ship transporting at least 210 migrants.

Libya became a haven for both migrants and human smugglers in the time following the NATO-backed uprising that ended in the death of Muammar Gadhafi in 2011, according to the AP. It is a popular transit point for those fleeing the Middle East and Africa.

Immigrants caught by the Libyan coast guard were returned to detention centers that torture, rape and beat migrants and use them for forced labor, the AP reported. U.N. investigators reportedly said the abuse of migrants in Libya could be considered a crime against humanity, adding that approximately 1,500 migrants have died on the Mediterranean route in 2021.

The State Department has warned that migrants passing through Libya en route to Europe, most coming from sub-Saharan Africa and the Sahel states, are vulnerable to sex trafficking and labor trafficking. The department said that both the Libyan government and non-state actors exploit immigrants.