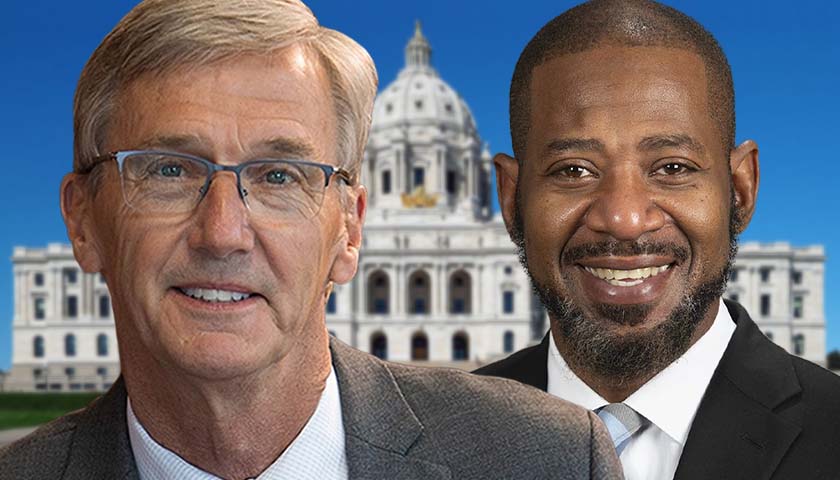 Dr. Scott Jensen, a 2022 gubernatorial candidate, responded to criticisms of his interactions with State Rep. John Thompson (D-St. Paul) in an interview with The Minnesota Sun. Jensen said that the way some people are discussing what happened is “just plain silliness.” Jensen explained that Thompson was an invitee to an event he was speaking at.

Earlier this year, the Minnesota DFL asked Thompson to resign after abuse allegations came to light. Also, Thompson, this year got into trouble with law enforcement after he was cited with driving with a suspended.

Jensen told The Sun that this is why people “get so tired of politics.” He explained that the event was put together by a Somali business person, who allegedly invited a lot of prominent politicians and others in the area, most of which did not show up. Jensen explained that the day before the event, he was notified that Thompson had been invited.

He explained that Thompson took part in a 20 to 30-minute discussion amongst the business owners and residents of the Lake Street area in Minneapolis. “There were a couple of questions that came up that I thought Thompson could answer better than I could, about funding and such, as he is an elected official,” Jensen told The Sun.

When asked if he believes that there needs to be more “reaching across the aisle,” Jensen said, “I think there’s an absence of conversations. We go straight from disagreement to contempt. I have many Democrat friends. I’m sure many Democrats also have Republican friends. I was never called a Republican In Name Only (RINO) in 2017 when I had seven bills in the Senate that were passed unanimously by both Democrats and Republicans.”

Mayor Mike Murphy, another gubernatorial candidate, told The Sun that he disagrees with Jensen “reaching across the aisle” with a politician like Thompson. Murphy said, “I’m afraid I have to disagree with Jensen’s method of reaching across the aisle with Thompson. There is no reaching nor negotiating with John Thompson. We have seen multiple incidents with John Thompson, from terroristic threats to burning an entire city down, which I would like to mention is unusual behavior from a candidate running for office.”

Murphy continued, “I cannot fail to mention Thompson’s unethical behavior as a member of the house by accusing colleagues of being racist, his driver’s license issues, domestic abuse allegations, failure to pay his traffic tickets, alienating the St. Paul Police Department, and labeling them as racists, threatening members of the media, and finally pleading guilty to obstruction. I am all for working towards a common goal with the opposition, but not when that opposition involves domestic terrorists like Thompson. Scott Jensen didn’t need to invite Thompson to speak or have breakfast with him.”

Murphy stated that he “cannot work with politicians like Thompson.” He said, “Thompson was only able to be elected because of DFL privilege and the media running cover for him. If a Republican acted with that behavior and had that record, the press and DFL would have had that person run out of this state, but no, Tim Walz, Keith Ellison, and Ilhan Omar endorsed him.”

“As Thompson mentioned in the event with Jensen, he stated, ‘I only represent people that look like me,’” Murphy said. “Thompson makes everything about race because he is a race-baiter like Rev. Al Sharpton. I have a question for Thompson, who is representing other people in your district that doesn’t look like you?”

Hayley Feland is a reporter with The Minnesota Sun and The Wisconsin Daily Star | Star News Network. Follow Hayley on Twitter or like her Facebook page. Send news tips to [email protected].
Photo “Minnesota State Capitol” by McGhiever CC BY-SA 4.0.