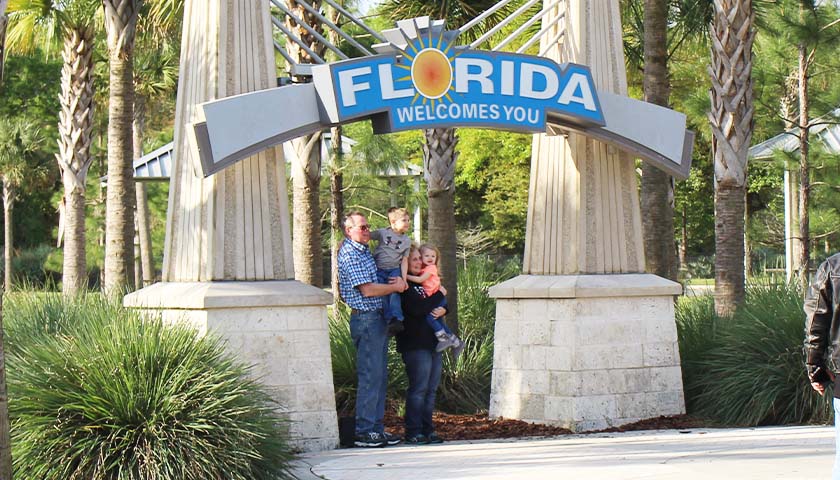 While the nation recorded a historically low population growth rate from 2020 to 2021, the state of Florida had the second highest population increase in the U.S. behind Texas, according to a report on Tuesday by the U.S. Census Bureau (USCB).

Following Florida Governor Ron DeSantis’ efforts during the pandemic to keep Florida relatively open compared to most other states, from July 1st, 2020, to July 1st, 2021, the census report showed that the state’s population grew by 211,196, to a total population of 21,781,128.

While Texas’ had the largest amount of population growth during the same time-frame with 310,288 new residents, Florida had the largest increase of net domestic and international migration, which measures the amount of people coming in and out of the state.

However, in addition to Florida being the top state in net domestic and international migration, it also had the largest “natural decrease” – meaning it was the state with the largest percentage of deaths to births. The USCB report states that the natural decrease in Florida – and other states with high natural decreases – is attributed to further decreases in fertility combined with increased mortality.

While increased mortality affecting Florida’s natural decrease is not directly stated in the USCB report to be caused by the COVID-19 virus, the report does cite COVID-19 deaths for being the cause for the nation’s slow population growth rate, along with decreased net international migration, and decreased fertility.

“Population growth has been slowing for years because of lower birth rates and decreasing net international migration, all while mortality rates are rising due to the aging of the nation’s population,” said Kristie Wilder, a demographer in the Population Division at the Census Bureau. “Now, with the impact of the COVID-19 pandemic, this combination has resulted in a historically slow pace of growth.”

As the recent data shows, even with the U.S. experiencing the lowest population growth rate in its history due to the pandemic, the state of Florida still was able to experience positive population growth despite heavy obstacles.

The Florida Office of Economic and Demographic Research (EDR) expects population growth in Florida to steadily increase over the next four years.

“Between April 1, 2021 and April 1, 2026, population growth is expected to average 309,867 net new residents per year (or 849 per day), representing a compound growth rate of 1.41% over this five‐year time horizon. These increases are analogous to adding a city about the size of Orlando every year.”

Casey Owens is a contributing writer for The Florida Capital Star. Follow him on Twitter at @cowensreports. Email tips to [email protected]
Photo “Florida Welcomes You” by Michael Rivera. CC BY-SA 4.0.