Arizona Rep. Kaiser Sponsors Bill Providing Exemption From Vaccine Requirements for Those Who Have Had COVID-19 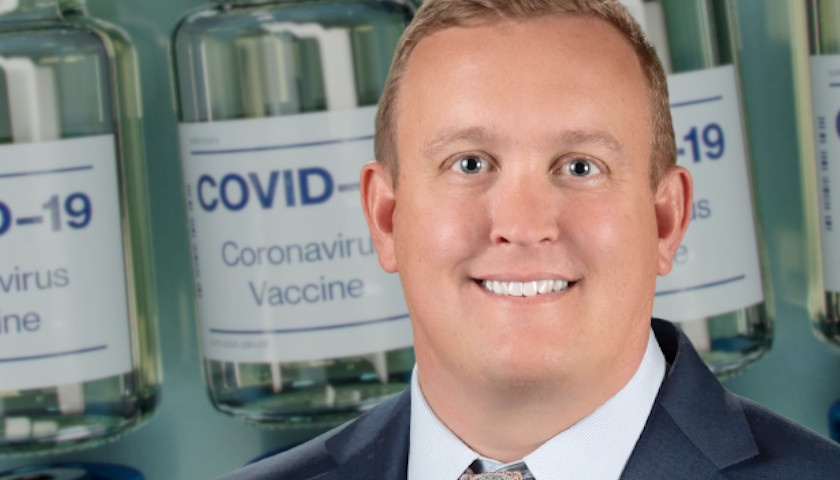 State Rep. Steve Kaiser (R-Phoenix) is sponsoring a bill, HB 2020, that would exempt people in Arizona from government or private businesses imposing COVID-19 vaccine mandates if they have already had COVID-19. This includes mandates from the federal government and from corporations at their branches in Arizona. To be eligible, someone must show either proof of antibodies, a positive test, or a positive T-cell immune response to COVID-19.

Kaiser, who came up with the idea for the bill during a discussion with a friend, told The Arizona Sun Times, “It provides a great way for folks who are uncomfortable with the vaccine to keep their jobs. There is a lot of data to support this, and it has a great chance of passing through the legislature.” He said at least one Democrat has said he or she may support the bill.

Kaiser said there’s even more of a need for it due to corporations refusing to allow religious exemptions. He said they are firing employees instead, so Arizona Attorney General Mark Brnovich is investigating numerous wrongful terminations. Kaiser told The Times, “They don’t have a right to discriminate against their employees.”

There are now numerous studies showing that the antibodies from COVID-19 are much stronger than the ones created by a COVID-19 vaccine, and they last longer. Researchers at Maccabi Healthcare and Tel Aviv University conducted a vast study of over 76,000 Israelis in three groups. The groups were doubly vaccinated (with the Pfizer vaccine), previously COVID-19 infected but unvaccinated, and previously COVID-19 infected but with a single vaccine dose.

The researchers found, “This study demonstrated that natural immunity confers longer lasting and stronger protection against infection, symptomatic disease and hospitalization caused by the Delta variant of SARS-CoV-2, compared to the BNT162b2 two-dose vaccine-induced immunity.” Additionally, “Individuals who were both previously infected with SARS-CoV-2 and given a single dose of the vaccine gained additional protection against the Delta variant.”

A study from the Cleveland Institute of 52,238 people found that “Individuals who have had SARS-CoV-2 infection are unlikely to benefit from COVID-19 vaccination.” This is because The Cleveland Institute determined that over five months, “The cumulative incidence of SARS-CoV-2 infection remained almost zero among previously infected unvaccinated subjects.” In contrast, the vaccine provided less protection; 0.7% of infections occurred in participants who were not previously infected but were currently vaccinated.

Phoenix and Tucson both implemented COVID-19 vaccine mandates for employees, which include firefighters and police officers. Phoenix put its mandate on hold on December 7 pending legal challenges. Gov. Doug Ducey issued an executive order on December 15 banning state and local governments from mandating the vaccine. Tucson put its mandate on hold after Brnovich issued a legal opinion declaring it illegal, but said it was keeping it in place despite Ducey’s order. Brnovich sued the city of Phoenix over the mandate, and has taken other types of legal action against the mandates.

Kaiser told The Times that it appears unlikely Ducey will call a special session now to enact COVID-19 bills like his. This means if it passes during the 2022 session, it won’t go into effect until 90 days after the legislature adjourns, which will be around late summer. Ducey has come under heavy criticism for not calling a special session to address the COVID-19 mandates. At a press conference and rally against Phoenix’s vaccine mandate, leading gubernatorial candidate Kari Lake demanded to know, “Where’s Doug? Where the hell is Doug?”