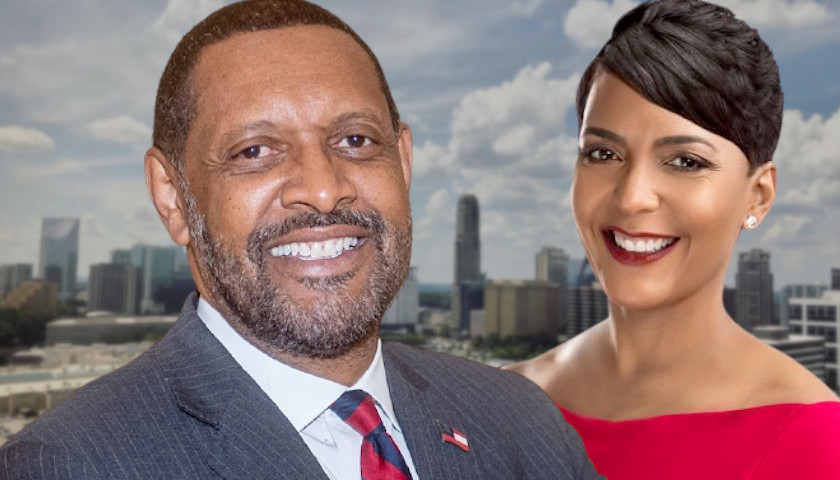 Atlanta Mayor Keisha Lance Bottoms on Monday questioned whether former President Donald Trump is somehow tied to an effort to remove Buckhead from the much larger and crime-plagued city that she oversees.

According to Tuesday’s Atlanta Journal Constitution, Botttoms said White “is new to Atlanta and was a very big Trump supporter.”

“I think the two are very much related,” Bottoms reportedly said.

“If you are going to link Bill White to Donald Trump then you need to link him also to Hillary and Bill Clinton because he was a big Bill Clinton and Hillary Clinton supporter,” Jones told The Georgia Star News.

“If you are going to link him then link him to both.”

The New York Times in 2018 described White as a longtime backer of left-wing causes, as well as Hillary Clinton and former President Barack Obama.

“Mayor Bottoms will go down as the most ineffective, unqualified, and yes, most dangerous mayor in City of Atlanta history. First, she blamed the former president for the deadly crime spike in Buckhead and the rest of Atlanta. When that didn’t stick, the mayor blamed COVID-19. Then, mayor Bottoms made a final embarrassing swat at Governor [Brian] Kemp for opening Georgia too early,” White said.

“The Buckhead City movement started well before I was asked to be involved in April 2021. Mayor Bottoms announced her decision not to run again in May 2021. If our goal was to get her out, why would we still be working 24/7 for cityhood?”

Carlson said Atlanta leaders have made too many inflammatory remarks about Buckhead, which is wealthy. He said district residents have endured that abuse in silence. Buckhead residents account for a fifth of Atlanta’s entire budget, he said.

Carlson said Buckhead residents shouldn’t have to “send huge sums of money to a city that hates them.” He blamed Bottoms for motivating hundreds of Atlanta Police Department officers to exit the force.