Exclusive: Nurse’s Affidavit Says She Could Not Get FDA-Fully Approved Pfizer Vaccine for Ohio’s Miami University 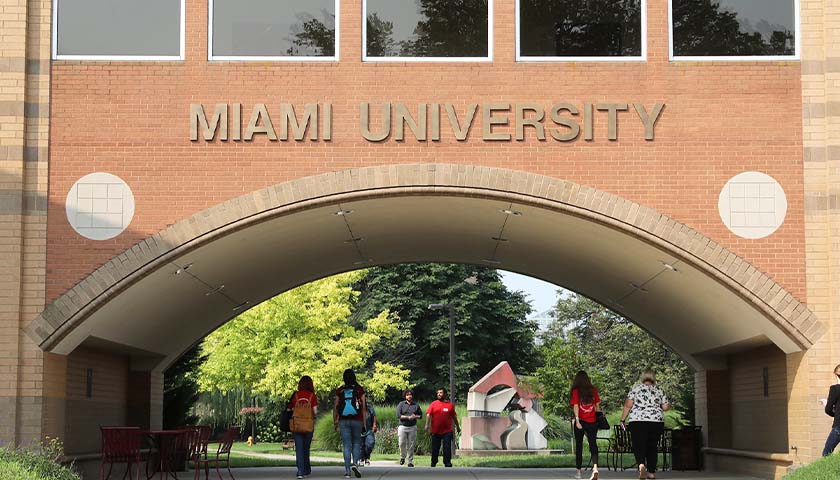 According to an affidavit obtained by The Ohio Star, a nurse in Ohio who was in charge of procuring COVID-19 vaccines for Miami University says she was never able to obtain Pfizer’s FDA- fully approved version of the vaccine, called Comirnaty.

The affiant is a nurse practitioner and employee of TriHealth, which runs two hospitals and 130 sites of medical care in the Cincinnati area. From June 4 to November 3, she was put in charge of procuring vaccines for Miami University, located in Oxford. The Star has redacted the nurse’s name out of concern of reprisal.

“During the time period I served as Interim Manager, I had the duty of ordering doses of the Pfizer Covid-19 vaccine from the Ohio Department of Health (ODH) via a website known as the Ohio Impact Statewide Immunization System…” the affidavit says. “The Covid-19 vaccine doses I obtained for Miami University Health Services from ODH except for a few occasions when I obtained them from TriHealth’s inventory.”

The nurse then lists the lot numbers of the vaccines she procured.

The FDA gave full approval for Comirnaty on August 23, but as The Star reported last week, Pfizer says it is currently not shipping Comirnaty, and that instead, it’s still shipping the Pfizer BioNTech version of the vaccine, which was authorized earlier this year under an Emergency Use Authorization (EUA). Pfizer contends that the two versions of the vaccines are “interchangeable,” but the Food and Drug Administration (FDA) says the products are “legally distinct.”

Last week, Miami University did not respond to a comment request from The Star seeking clarification on whether Comirnaty had ever been acquired or distributed by the school.

The affidavit is part of a lawsuit filed against Miami University after its imposition of a vaccination mandate, which appears to be in violation of HB 244, an Ohio law that went into effect in October barring public universities from mandating that students take non-FDA approved vaccines.

The plaintiffs in the case, three students at the school, are represented by Mendenhall Law Group. Their attorney, Thomas Connors, explained the nature of the lawsuit, which is centered around Miami University’s vaccine mandate exemptions.

One of the plaintiffs, who did not want to take the vaccine, did not file for an exemption from the school’s mandate because she did not agree with the terms of the exemption, including mandatory masking, regular COVID-19 testing, and limitations on activities in which she could partake. Two others, who had agreed to the exemptions, joined the suit. Connors contends that the school does not have the authority to impose mandates, or exceptions to those mandates.

The school granted the first plaintiff’s exemption without any of the conditions, but the other plaintiffs are subject to the exemption conditions.

Connors explained the significance of the affidavit, which was sworn under the penalty of perjury.

Connors also told The Star that one of the vaccine lots acquired by the affiant, numbered as Lot FF2593 and procured from TriHealth, was labeled “BLA-compliant,” but was still the Pfizer BioNTech, EUA approved version of the vaccine. BLA stands for “Biologics License Applications,” and usually only applies to FDA approved drugs.

The attorney noted that a judge presiding over a federal lawsuit by military members in the Northern District of Florida appeared to reject the argument by the defendants, the Department of Defense (DOD) that EUA vaccines could be labeled as “BLA-compliant.”

TriHealth did not immediately respond to a request seeking clarification.

See the full affidavit below:

Pete D’Abrosca is a reporter at The Ohio Star and The Star News Network. Follow Pete on Twitter. Email tips to [email protected].
Photo “Miami University” by Miami University.