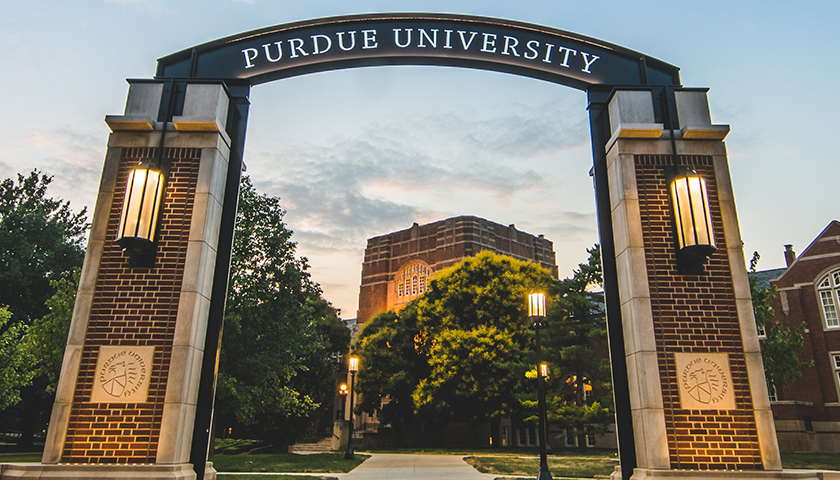 Purdue University announced recently that it intends to hire 40 new faculty to “diversify the racial makeup” of its campus.

The move is part of the Indiana school’s $75 million Equity Task Force strategy, a five-year project.

Purdue’s website lists 14 open positions and explains that the first cluster hire will focus on the fields of “Public Health, Health Policy, and Health Equity.”

Andy Sayles, the vice president of Purdue University’s Turning Point USA chapter, told Campus Reform that the amount of money the school is spending on the initiative is “alarming.”

Sayles also added that skin color should never be a factor when it comes to hiring.

“Skin color shouldn’t matter in the hiring process,” he said. “Whoever is best for the job should be hired, regardless of skin color.”

In 2019, according to Journal & Courier, a USA Today affiliate, approximately 3% of both Purdue students and university staff and faculty were African American.

Purdue’s Equity Task Force was created in August 2020 by the university’s board of trustees. The board assigned the task force to review the “current state of equity” on campus and to make sure that “students, faculty, and staff of color” could experience Purdue “equitably.”

The plan calls for increasing recruitment and admission for black undergraduate and graduate students, and also calls for the creation of “Black student awards.”

Jerome Adams, former surgeon general of the United States under Donald Trump, will assume the role of executive director of health equity initiatives in addition to his responsibilities as a professor of practice, according to the university.

Campus Reform reached out to Purdue University; this article will be updated accordingly.