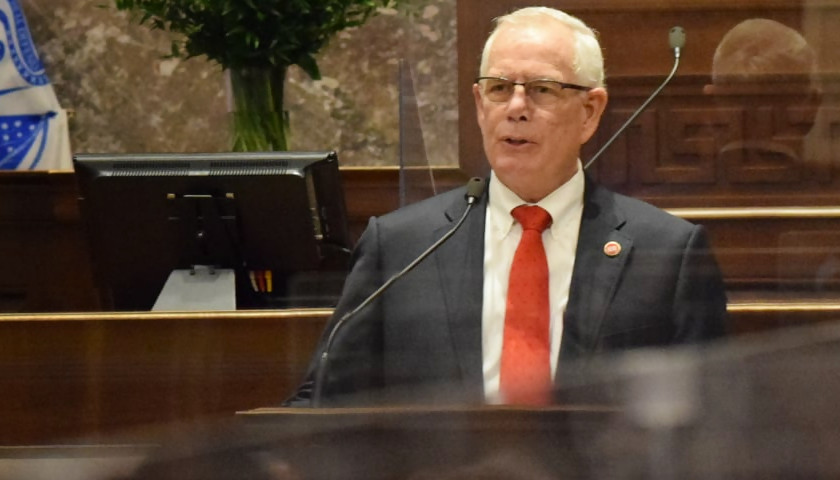 The House must approve the plan during the General Assembly’s upcoming legislative session, which begins in January, before sending the plan onto the Tennessee Senate and Gov. Bill Lee for his signature.

“I appreciate members of the first-ever bipartisan Select Committee on Redistricting for their thorough efforts in formulating a fair and constitutional plan, representing the distinctive voice of all Tennesseans,” House Speaker Cameron Sexton tweeted about the process. “Our committee effectively engaged the public as part of a months-long open and inclusive process that resulted in the first House proposal ever released before the start of a new legislative session. I look forward to continued engagement from both the public and our members as this proposal travels through an equally transparent House committee process.”

I appreciate members of the first-ever bipartisan Select Committee on Redistricting for their thorough efforts in formulating a fair and constitutional plan, representing the distinctive voice of all Tennesseans.

The committee’s map shows 30 counties would be split between districts, while seven districts would include a pair of incumbents based on current addresses listed for members of the House.

The map also would create eight districts with no incumbents.

Ethics Counsel Doug Himes presented the responses to the district plans, including a response to the Democrats’ plan, which was presented by Rep. Bob Freeman (D-Nashville). Freeman took exception to the analysis Himes presented because several House members have announced they will not be running for reelection while two others have moved from the home listed in the legislative directory.

One of the proposed districts that includes two incumbents is that of Rep. London Lamar (D-Memphis) and Rep. Torrey Harris, (D-Memphis).

“I’m sad to report that [Tennessee Republicans have] proposed a map that will eliminate [Harris’] district and draw him into my district 91. It’s unfortunate that your two youngest representatives are being pitted against each other while it’s possible to maintain all our districts,” Lamar tweeted. “I will continue to advocate to maintain or districts until we vote on the map when session resumes in January. We don’t want to cut out Tennessee’s next generation of leaders.”

Harris said earlier in the week that he would not run against Lamar.

Jon Styf is an award-winning editor and reporter who has worked in Illinois, Texas, Wisconsin, Florida and Michigan in local newsrooms over the past 20 years, working for The Center Square, Shaw Media, Hearst and several other companies.
Photo “Pat Marsh” by State Representative Pat Marsh.